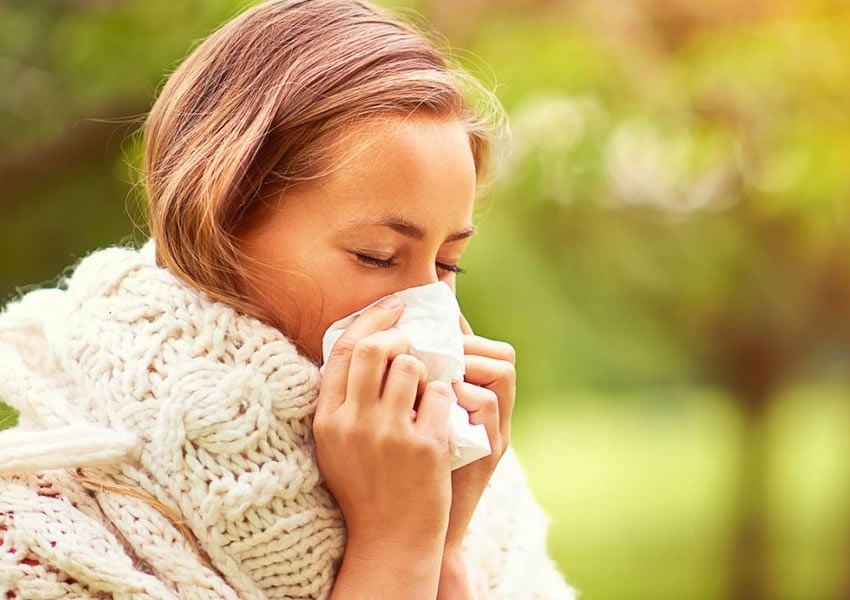 Experts studied pollen levels and weather conditions in Europe over decades. They found rain and air temperature before pollen season were key indicators. They can inform just how severe the pollen and allergens are expected to be. This could allow professionals and sufferers to plan in advance for a bad year.

People suffering from hay fever could be in for a worse time of it in the future, as a new study shows that climate change could worsen allergy season by up to 60%. A team of scientists from the University of Worcester created new statistical models to forecast the changes in pollen severity as air temperature and rainfall changes.

Based on long-term assessments looking at year-to-year changes in pollen concentration, they found that climate change would have a significant impact. Lead author Alexander Kurganskiy says projected changes in the climate could increase allergy season severity by up to 60% over current levels.

It is hoped that by being able to forecast the risk, and understand potential changes, people with allergic rhinitis can prepare for the pollen season to reduce exposure.

How can you treat hay fever?

While up to 40% of Europeans suffer from pollen allergies, there is currently no clear guidance on how best to prepare for upcoming allergy seasons. Until this new study it had also remained unknown how allergy season severity may change as the climate continues to warm due to human activities.

To address these gaps, Kurganskiy and colleagues built a statistical model to simulate and predict the sum of pollen concentrations, also known as the seasonal pollen integral (SPIn) figure. They did this for each of 28 sites throughout the entire grass pollen season across Europe, and determined ‘no connection’ between pollen severity and different sites.

This suggests each site should be considered individually when developing a long-term assessment approach to hay fever treatment, Kurganskiy explained. Each site was studied year-to-year to look at annual variations in grass SPIn based on the net production of organic carbon of grasses at 34 pollen monitoring stations.

As part of the study they used the Joint UK Land Environmental Simulator (JULES) model to simulate the net production of organic carbon for more than 407 pollen seasons at these stations between 1996 and 2016.

This aspect of the study allowed them to find that small variations in grass growth led to large variations in the quantity of pollen. ‘Our findings have the potential to be used in atmospheric dispersion models for Northwest Europe or larger regions throughout the world where sufficient robust pollen data are available,’ Kurganskiy said. Allergic rhinitis, also known as hay fever, is an inflammation in the nose caused by overreaction of the immune system to allergens in the air.

Managing allergic rhinitis symptoms is challenging and requires timely intervention, including preparing for how severe the upcoming allergy season is going to be.

The new research shows that the annual severity of any given season is government by the weather conditions on the run up to the pollen season. Knowing this will allow future forecasters to make predictions for the likely risk levels for high end allergy sufferers, giving people time to prepare.

For example, the team found that each region they monitored had a different level of severity suggesting that it could be possible to plan holidays to avoid the worst effects of pollen in any given year.

The findings have been published in the journal Science Advances.

Hay fever is an allergic reaction to pollen, a fine powder which comes from plants. There is more pollen in the air in the spring and summer when plants are flowering.

People suffering from the allergy can put Vaseline around their nose to trap the pollen, wear wraparound sunglasses to keep pollen out of their eyes, wash clothes regularly and vacuum and dust indoors.

Avoiding grass, cut flowers and smoke can help reduce symptoms, as can drying clothes indoors where pollen is less likely to stick to them.

Should I invest the amount I would pay in premiums instead of buying long-term care insurance?

How can I save on long-term care insurance?

What is ‘Partnership for Long-Term Care’ programs?

Sakura – the symbol of Japan

Coffee Around the World