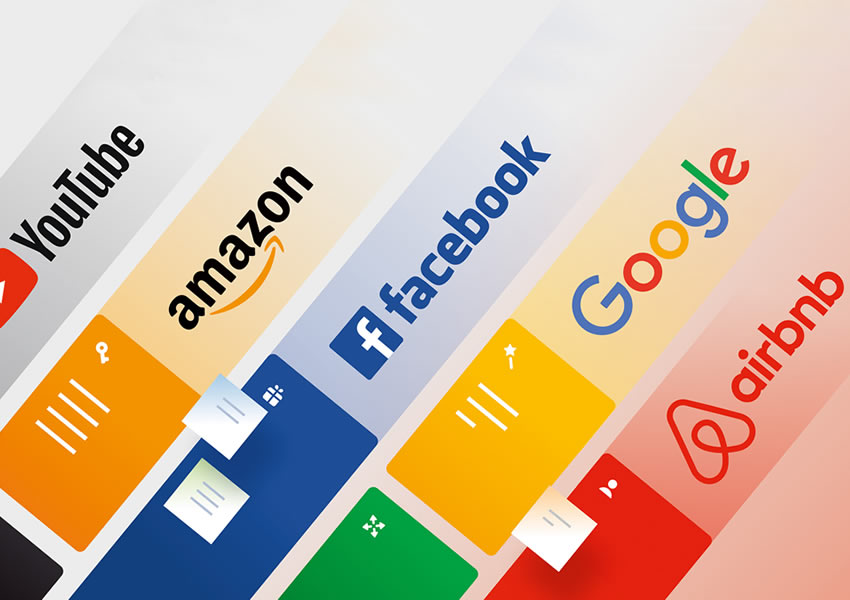 Many aspiring entrepreneurs believe that to build a successful company they first need to get funding from some venture capitalist or angel investor. This, “backing” they believe is critical if they want to make a sufficient amount of investment in product research and marketing.

While there’s no doubt that most successful startups out there are being funded by venture capitalists, one also needs to understand that some of the biggest startups in business (some of them are turned into giants now) were self-funded when they started.

Over time, VCs started pumping money into them when these self-funded companies achieved the ultimate success.

Let’s take a look at some of the successful self-funded startups that had humble beginnings when they first started.

Self-Funded Companies and Their Success Stories

There are many startups that started with very little investment and eventually became giants. Here, we will be discussing some tech companies and then dive into their success stories.

This startup basically began as a weekend project by founders to meet the necessity of sharing code. In 2008, Preston-Werner turned down $300,000 bonus and stock options offer from Microsoft in order to go full-time on GitHub.

All 3 founders funded the setup themselves to cover the cost of a domain and hosting. Today GitHub has over 3.4 million users with 16.7 million repositories, making it the largest code host in the world.

In January 2009, GitHub won a Crunchie (an award bestowed by TechCrunch to celebrate the most compelling startups) for the best-bootstrapped startup.

The biggest social networking platform today Facebook was founded by former Harvard student Mark Zuckerberg while at Harvard. He ran it as one of his hobby projects with some financial help from Eduardo Saverin.

Initially, the membership was limited for Harvard students, but later on, Mark expanded it to other colleges in the Boston area. It gradually spread to most of the universities in Canada and the United States.

It received its first investment in June 2004 from PayPal co-founder Peter Thiel. Today, Facebook is the world’s largest social network with over 2.5 billion monthly active users.

Dell Inc., owned by Michael Dell, is a computer technology company that develops, sells, repairs and supports computers and related products and services.

Michael Dell started Dell, initially named as PCs Limited, in 1984 while attending the University of Texas as a student. After receiving capital worth $1000 from his family, Dell dropped out of school to focus full-time on his fledging business. In the very first year, the company grossed more than $73 million.

The company went public in 1988. Today, Dell is one of the largest technological corporations in the world.

Seriously, who doesn’t know Apple Inc.? Headquartered in Cupertino, California, Apple Inc., is one of the most famous multinational corporations that creates personal computers, computer software and consumer electronics.

It was founded by Steve Jobs, Steve Wozniak, and Ronald Wayne on April 1, 1976, to develop and sell personal computers. Wayne sold his share of the company to Jobs and Wozniak for $800 in 1977.

The company received initial funding of $250,000 from Mike Markkula, a multimillionaire investor. In the first 5 years, the company saw an average growth rate of 700% with revenues getting doubled every four months.

Apple is the first U.S. company that is valued at over $700 billion.

Cisco Systems, Inc., is a multinational corporation headquartered in San Jose, California that specializes in products for networking and the Internet. The name “Cisco” was derived from the city name, San Francisco.

Cisco was formed by the married couple, Len Bosack and Sandy Lerner, who worked as computer operations staff at Stanford University. The early days were difficult for the duo.

In 1988, Donald Valentine, a venture capitalist agreed to capitalize on Cisco. On February 16, 1990, Cisco Systems went public with a market capitalization of $224 million.

Microsoft was founded on April 4, 1975, by Bill Gates and Paul Allen in Albuquerque. Allen suggested the name ‘Micro-Soft’, a portmanteau of words microcomputer and software. Bill Gates, a then Harvard student took a leave of absence to fully focus on the project. He never went back to Harvard.

In 1980, Microsoft formed a partnership with IBM to include Microsoft operating system with IBM computers. For every sale made, IBM paid a royalty to Microsoft.

The company’s best-selling products are Microsoft Windows operating system, Microsoft Office suite, Xbox and Bing. According to reports, as of 2019, Microsoft reported global annual revenue of around $34 billion.

TechCrunch is a leading technology website that offers news, videos, and events about the latest happenings in the IT world, technology, startups, and entrepreneurship. It was founded in 2005 by a successful serial entrepreneur, Mike Arrington along with Keith Teare.

In 2010, TechCrunch was sold to AOL. The transaction was rumored to be between $25m and $40m. At that time, Arrington personally owned 85% of the company.

TechCrunch and its network of websites have around 12 million unique visitors and draw more than 37 million page views per month.

It was meant to be a marketplace for the sale of goods and services for individuals. One of the very first items sold on it was a broken laser printer for $14.83. eBay was simply a side hobby for Omidyar until he was asked to upgrade his account by his ISP due to the high volume of traffic it received.

In 1997, the company received $6.7 million in funding from the venture capital firm Benchmark Capital. The company went public in 1998.

Currently, the company is projecting revenues of around $16.05 billion.

Basecamp is a SaaS company that produces business-centric web applications. Based in Chicago, IL, the company was founded in 1999 by Jason Fried, Carlos Segura, and Ernest Kim. It was started as a web design company, but the company shifted its focus to web application development after 2004.

The company has developed many free and paid software products since 2005, but its flagship product Basecamp remains popular to date. It is a project management app that helps small as well as large businesses manage their work efficiently.

Today, Basecamp has been used by more than 16 million users worldwide. In 2019, the company reported $25 million in revenue.

Plenty of Fish, acquired by Match Group in 2015, is one of the most popular online dating sites in the world. The website was started by Markus Frind and became his full-time business in 2004. Markus conducted all the operations from his apartment until he acquired a new office in Vancouver, Canada, in 2008.

Plenty of Fish has more than 150 million users worldwide and adding more than 60,000 users every day. The app is available in 11 different languages for both Android and iOS devices. The firm reported annual revenue of $2.05 billion in 2019.

A great startup IDEA is only the beginning of a long and glorious journey that will have its ups and downs. The next and most important step is to execute this idea in the right manner. Managing your finances correctly can make a big difference in its execution.

Take inspiration from these successful companies that were started as self-funded startups and today are making profits in millions!