A brother and sister have found opals in the Outback worth $1.2 million on their first attempt at digging for the precious stones.

Isaac and Sofia Andreou teamed up with two others to try their luck near the tiny town of Yorah, population 141, west of Brisbane.

One of the most luminous stones they found is museum-quality and the size of a man’s fist. It is even shaped like a giant egg, just in time for Easter. 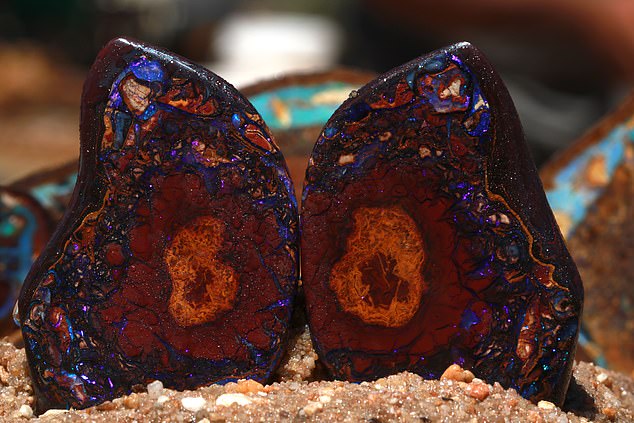 ‘It’s literally every single colour of a rainbow you can imagine to hold within your hand,’ Sofia said.

To their astonishment, on their last day of searching, an actual rainbow appeared from nowhere in the middle of the desert.

Describing the emotions they felt in finding such treasures, Sofia said: ‘It was a mixture of shock and just pure amazement.’

Their incredible discovery is life-changing, the siblings say. They can even afford to buy their very own mine.

‘It will make life a hell of a lot easier and more enjoyable,’ Isaac said. 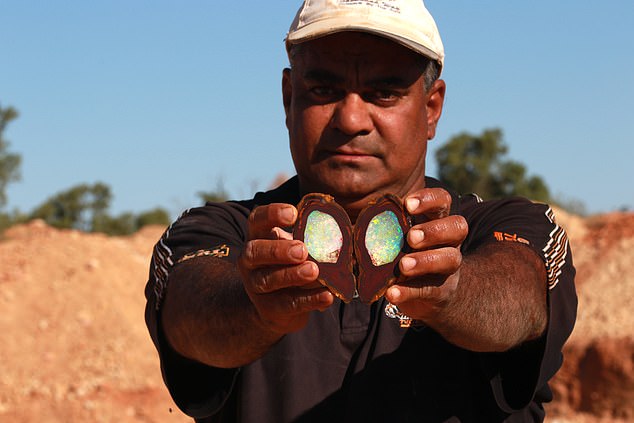 He is an opal cutter and seller based in Byron Bay, a single dad to five-year-old daughter Xalianna.

Sofia, who has an opal shop in the Whitsunday Islands, teaches yoga and music.

Both decided to fulfil their dream of getting their hands dirty in mining for opal.

They were joined by Sofia’s partner, Chris Daff, and their friend David Darby, who has spent decades searching for opals, but who has never found anything as fabulous as this. They teamed up with local miner Rod Griffin.

With 90 percent of the world’s opals found in the Australian outback, and worth up to 500 times more than gold, opal is a prized gem.

Most opal miners are excited by the prospect of one day striking it rich and becoming an overnight millionaire. 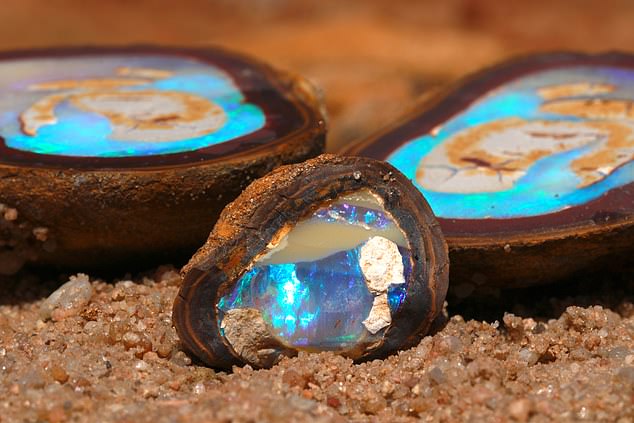 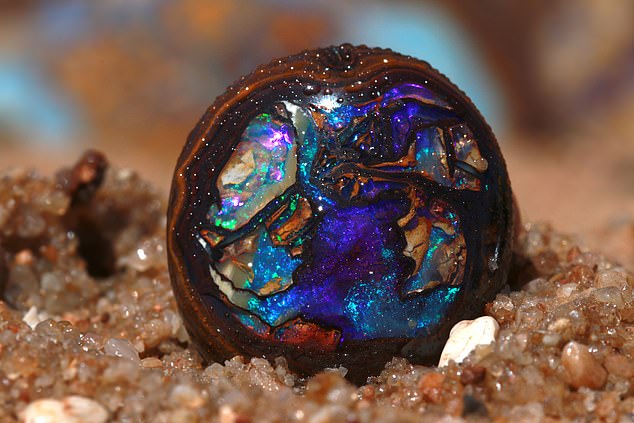 Opal fever is at an all-time high, but the risks are real, and the brutal, rugged Australian outback is as unforgiving as ever — with scorching summer heat, tropical storms and some of the deadliest snakes.

‘Australia is such a barren and tough country that all the animals that have managed to survive until now have had to evolve to be dangerous to protect themselves,’ Sofia said.

‘So you’re not just dealing with super-harsh elements, but some of the most dangerous species of animals in the entire world.’

The discovery will be shown on the television series, Outback Opal Hunters, which features miners searching for opals and which is so popular that it is now into its fourth season. 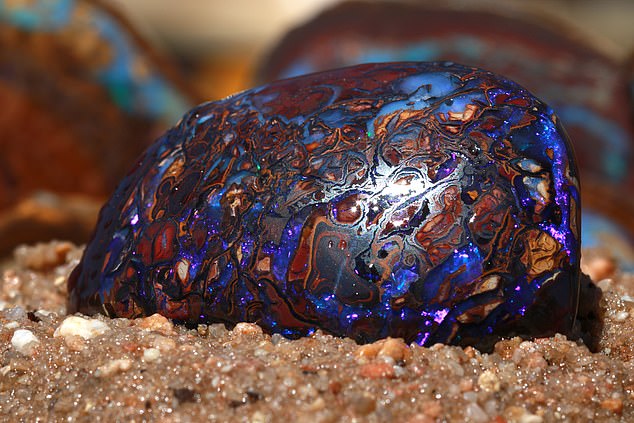 In Koroit opal, the prized gem colours are green, blue, purple, and flashes of red peeking through a dark brown backing

None of the discoveries in the previous seasons have come close in value. The average find was worth about $18,000, although there were a handful up to $250,000, depending on the colour, clarity, patterning and size.

The Andreou siblings were mining for Yowah and Koroit nuts, a specific type of opal found in the region.

Opal nuts are a type of matrix boulder opal valued for their unique pattern of coloured gem found within cracks intersecting the ironstone in which it has formed.

In Koroit opal, the prized gem colours are green, blue, purple, and flashes of red peeking through a dark brown backing.