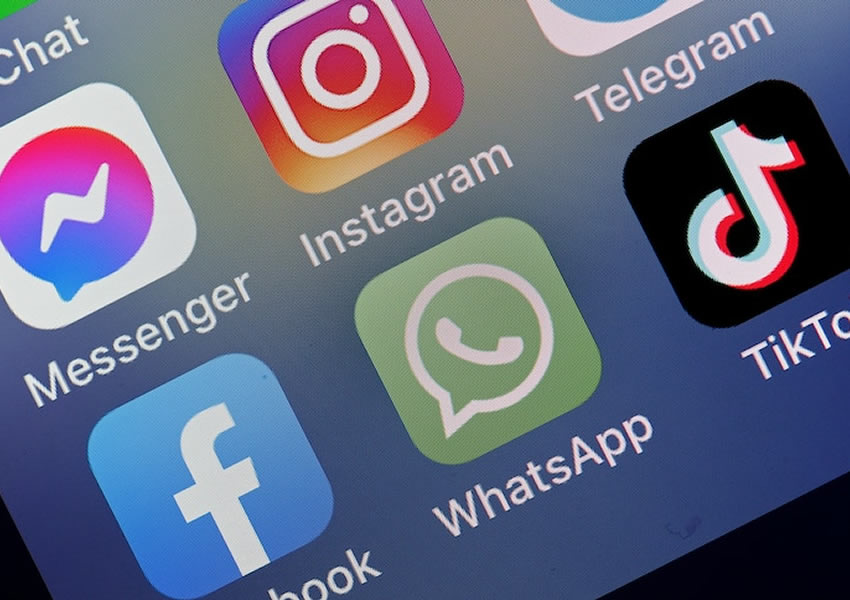 Last week’s announcement that Facebook’s global number of daily active users has fallen for the first time in its 18-year history saw billions wiped off the value of its parent company, Meta.

At the time, chief executive Mark Zuckerberg partly blamed TikTok, saying, “People have a lot of choices for how they want to spend their time, and apps like TikTok are growing very quickly”.

So what about in Australia? Are users Down Under leaving the old and embracing the new?

Right on cue, the Digital 2022 Australia report has been published, with a trove of fresh insights into where Australians are going online.

And the answer to the above question appears to be “yes”.


The average time per month that Australian users spent on Facebook fell 3 percent last year, according to the report, which was prepared by social media marketing firm Hootsuite and the creative agency We Are Social.

But the big story was TikTok, which saw a 40 percent jump. 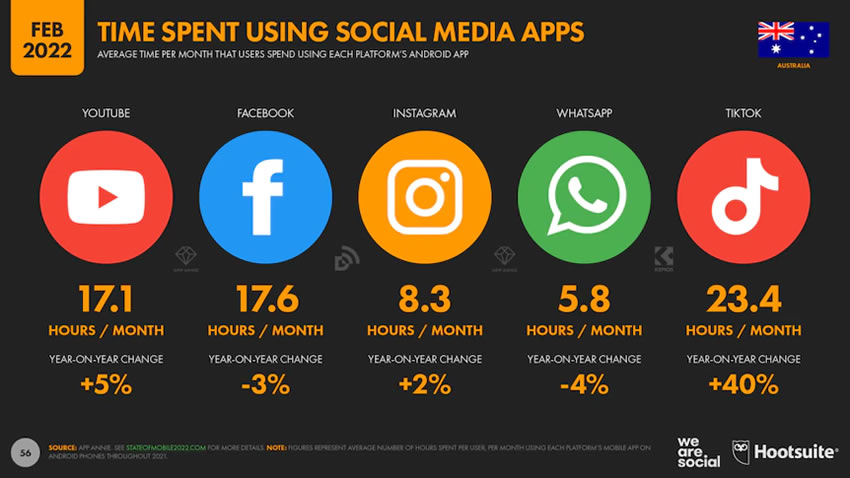 Tama Leaver, a professor of internet studies at Curtin University, described the latest figures as a “turning point”.

“It’s not so much the size of the decrease, so much as it appears to be the beginning of a trend,” he said.

Facebook still has a much larger audience, but TikTok is catching up fast.

It was the third most-downloaded app in Australia in 2021, behind the Victorian and NSW QR code-check in apps, and has the ability to reach a bit over 7 million people.

That’s still only about half as much as Facebook, but in the December quarter alone this figure increased by more than 500,000.

“Australia is not that dissimilar to bigger English-language markets.”

To know if fewer Australians are using Facebook, we’d need to know the number of daily active users or DAUs.

Unfortunately, this is a figure that Facebook doesn’t share, unless it has to, such as when it releases its quarterly performance report to investors.

But that’s only the global daily active user figure. The Australian one is kept under wraps.

“That’s part of Facebook’s strategy at the moment — not doing local figures and not disaggregating its own figures,” Professor Leaver said.

So that leaves us with external reports, like Digital 2022 Australia, which uses data gathered from Meta’s marketing tools to work out monthly advertising reach.

That figure dropped for Facebook over the December quarter, from 16 million to 15 million accounts reached, which could mean that fewer Australians are using Facebook.

But it could also be due to Meta making significant changes in the way it reports ad reach figures, said Simon Kemp, the author of the Digital 2022 Australia report.

“As a result, there’s no way of knowing whether the changes in the data between our October 2021 and January 2022 reports represent an actual change in user activity, or simply a change in Meta’s methodology,” said Mr. Kemp, who is also a chief executive officer of Kepios, a social analytics advisory.

“I believe that the majority of the change in numbers between our two most recent reports will have come from the change in Meta’s reporting methodology, and not from a significant change in actual user numbers or activity.”

So it’s possible fewer Australians are using Facebook, but it’s not as large a drop as the data would otherwise suggest.

Facebook is still king: more than three-quarters of Australians who are on social media use the platform.

By comparison, only about a third use TikTok.

And it did pretty well last year, the report shows.

The average time spent each month on Instagram was up 2 percent.

Then again, you would expect the figure to rise: the report found Australians have been spending more time online overall.

By the end of 2021, about 83 percent of Australians were active on social media, an annual growth of nearly 1 million users.

The average time spent on social media is almost two hours per day, which is up 11 minutes. 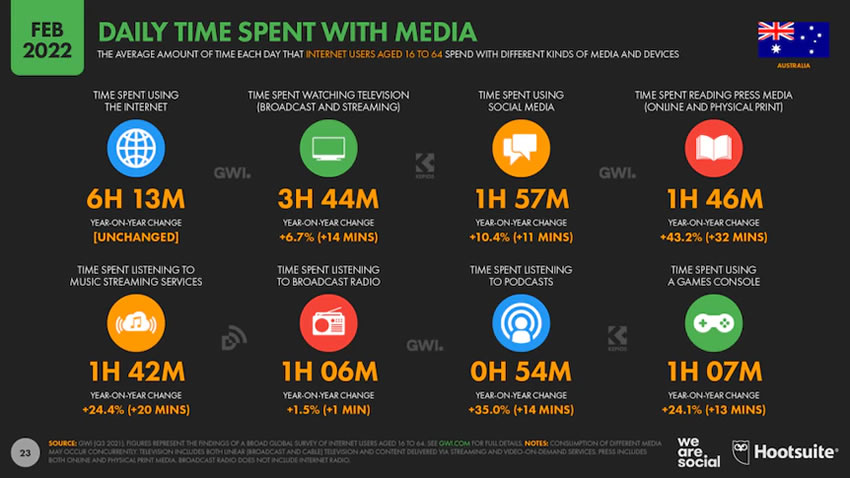 So the pie of user attention is larger than ever before.

And TikTok is chomping its way through that pie significantly faster than any of its competitors.

“We know Instagram has been struggling,” Professor Leaver said.

“It’s tried to bring in Reels as the TikTok answer — it’s the only reason it would be doing that.

“You can see the sea change, with TikTok the one that’s growing faster.”

So is this the beginning of the end for Facebook?

Last week’s announcement saw many bold claims that Facebook was toast, but they may be premature.

For one, Facebook still has a position of enormous market dominance.

“Our analysis suggests that the ‘typical’ social media user around the world now makes active use of 7.5 different social platforms each month.

That is, Facebook is still an essential service for many Australians (remember the chaos last year when it abruptly blocked our access to news and emergency services pages.)

So people will probably keep using Facebook, but, as this data shows, just not as much as before.

It means the platform has a lower marketing reach, which means it makes less money from advertising, which has been the company’s river of gold.

Its long-term plan, for the moment, is also pretty vague.

In October last year, Facebook announced it was becoming a metaverse company and rebranded as Meta.

The news created equal levels of excitement and confusion, as the concept remains more in the realm of science fiction plots than sober business plans.

A couple of months later, Meta launched a virtual workplace where the avatars had no legs.

“People are deeply suspicious of Facebook and the metaverse and we’ve seen virtual reality attempts in the past that have never lived up to the hype.”

The latest user engagement figures suggest that by the time Facebook builds its virtual online kingdom, it may have lost the world.