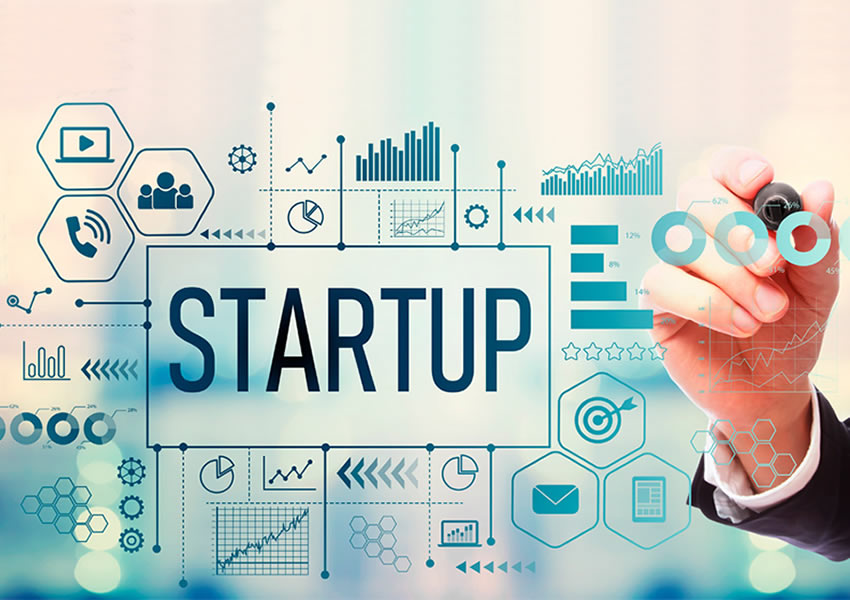 2020 has been a very difficult year for everyone, especially for tech startup companies. With many companies going out of business and despite the tragedy, somehow some tech startups have succeeded against the odds.

Today, we would like to share with you the top ten most successful tech startups of 2020. The list includes some of the startups we’ve covered in the past. To maintain our objectivity, the 10 startups on this year’s list came from Alux.com, an online resource for ranking the most expensive things in the world and frequently referenced in publications such as Forbes, USAToday, Wikipedia, and many more. So let’s dive right in.

Founded in 2018 by Chelsea Border, Jonathon Barkl, and Scott Fitsimones, the San Francisco-based AirGarage is a full-stack parking operator that helps churches and businesses manage and rent out their parking lots. As a full-stack parking operator, it removes barriers to sell parking so anyone with an underutilized lot can get started. AirGarage provides a suite of tools needed to manage user acquisition, payment processing, and enforcement.

We featured Airtable last month as one of the top 500 unicorn companies in the world. Founded in 2013 by Andrew Ofstad, Emmett Nicholas, and Howie Liu, the San Francisco-based Airtable is a cloud-based tech startup that combines a traditional spreadsheet with a database. It brings the database out of the realm of power users and into the mainstream, creating a new type of flexible but sophisticated productivity tool that anyone can use. Airtable gives end-users the ability to create and share their own workflows for everything from managing an editorial calendar to planning a major event.

This food delivery startup needs no further introduction. We wrote about DoorDash two days after its major Wall Street debut. DoorDash filed to go public at a $30 billion valuation. The startup was hoping to list 33 million shares at a price between $75 and $85. But its stock popped after opening at $182 per share on the New York Stock Exchange. Founded in 2013 by four Stanford students with experiences from Facebook, Square, Vevo, and eBay, DoorDash provides on-demand restaurant food delivery services connecting customers with local businesses across the United States and Canada. DoorDash was first launched in Palo Alto and, as of May 2019, the delivery startup expanded to more than 4,000 cities and offers a selection of 340,000 stores across the U.S. and Canada. The company is currently worth more than $16 billion and is the largest third-party delivery service in the USA, surpassing Grubhub.

For some reason, we’ve only covered Dave once on our platform. Dave is a fintech startup and a banking app backed by Mark Cuban. Founded in 2106 by Jason Wilk, John Wolanin, and Paras Chitakar, Dave is a personal finance tool that helped customers manage their budgets, avoid overdrafts and even find gig-economy jobs. According to the information provided on its website, Dave currently has 7 million members and counting. In July, Dave claimed to have 2 million people on its waiting list.

Calm is another startup covered in our list of the top 500 unicorn companies in the world. We also covered Calm back in 2019 after the San Francisco, CA-based provider of relaxing applications, raised $27 million in Series B funding to use the funds to continue to expand operations and its business reach, even offline. Founded in 2012 by Michael Acton Smith and Alex Tew, Calm offers a global health and wellness brand application designed to help its users meditate and relax. Calm also provides an app for sleep, meditation, and relaxation, available in both the App Store and Google Play store. It has had over 50 million downloads. Calm also creates audio content that strengthens mental fitness and tackles some of the biggest mental health challenges of today: stress, anxiety, insomnia, and depression.

Not sure why we didn’t see this startup on our radar. Founded in 2017 by Adena Hefets, Alex Klarfeld, Brian Ma, Nicholas Clark, Divvy lets home shoppers become homeowners without the need to pay more or buy a mortgage. Divvy helps you rent your dream home while also helping you save for a down payment. You can buy the home directly from Divvy or simply walk away and cash out your savings.

This is another startup that needs no further introduction. It’s especially popular among millennials. Robinhood made the news back in June of this year 20-year old student Alexander E. Kearns died by suicide after thinking he had a $730,000 negative balance on the Robinhood free-trading app. The Palo Alto, California-based Robinhood was founded in April 2013 by Vladimir Tenev and Baiju Bhatt, who had previously built high-frequency trading platforms for financial institutions in New York City. The company’s name comes from its mission to “provide everyone with access to the financial markets, not just the wealthy”.

Just like Divvy Homes, we’ve never even heard of this startup until now. Founded in 2017 Justin Mast, the Detroit, MI-based Bloomscape is an online plant shopping platform that offers home ready plants and tools for plant care. Bloomscape makes buying plants easy by delivering ready-to-go plants to its customer’s door. So, check them out and “plant it forward.”

The number one on the list is Allbirds. We’ve written extensively about Allbirds in the past. You can read about the inspiring story of how New Zealand native Tim Brown, decided to produce shoes made out of merino wool. Allbirds joined the exclusive unicorn club in 2019. Allbirds is also covered in our list of the top 500 unicorn companies in the world. Founded in 2012 by Tim Brown and Joseph Zwillinger, Allbirds is an apparel and fashion company that specializes in manufacturing eco-friendly wool shoes. In October, Allbirds closed on $100 million in Series E funding at a $1.6 billion valuation. There you have it. These are the top 10 most successful tech startups of 2020.