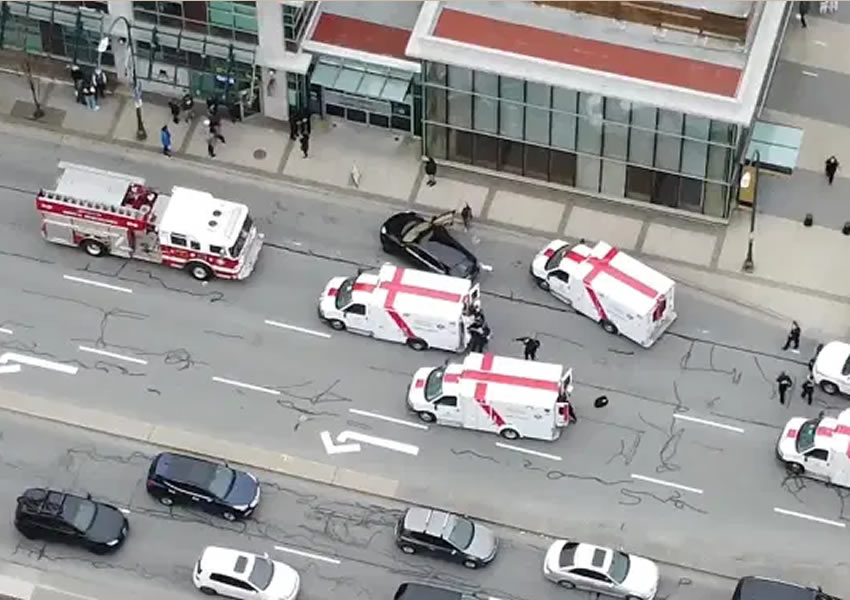 Vancouver library stabbing leaves 1 dead and 5 injured including boy, 7, after ‘lone suspect knifed victims at random’. One person died and several others were wounded in a mass stabbing at the Lynn Valley Library in North Vancouver on Saturday afternoon.

At least six people were taken to the hospital after the attack, including a woman who later succumbed to her wounds, police confirmed.

Police confirmed that one suspect was in custody and they believe that he was acting alone.

“We have six victims who sustained stab wounds. We have a victim who has sadly succumbed to injuries. That victim is a woman,” police Sgt Frank Jang said during a news conference after the attacks.

The stabbings reportedly occurred inside and outside of the library.

One witness told Global News that he saw a woman and her 7-year-old son outside of the library with multiple stab wounds.

The woman reportedly said that the suspect was a stranger and it was a random attack.

It wasn’t immediately clear who the suspect is and police said they are unsure why he attacked the library. While police did not share the suspect’s name, they did confirm that he was known to law enforcement.

Video taken outside of the library appears to show the suspect being apprehended by police after stabbing himself in the street.

The North Vancouver District Public Library announced on Twitter that the Lynn Valley Library will be closed until further notice.

“This afternoon a police incident took place outside the Lynn Valley Library’s entrance,” the tweet said.

“We are thinking of everyone affected by this terrible situation, both victims and their families.

“All library staff and volunteers are safe and are grateful for the quick action of the first responders. The library will remain closed until further notice.”