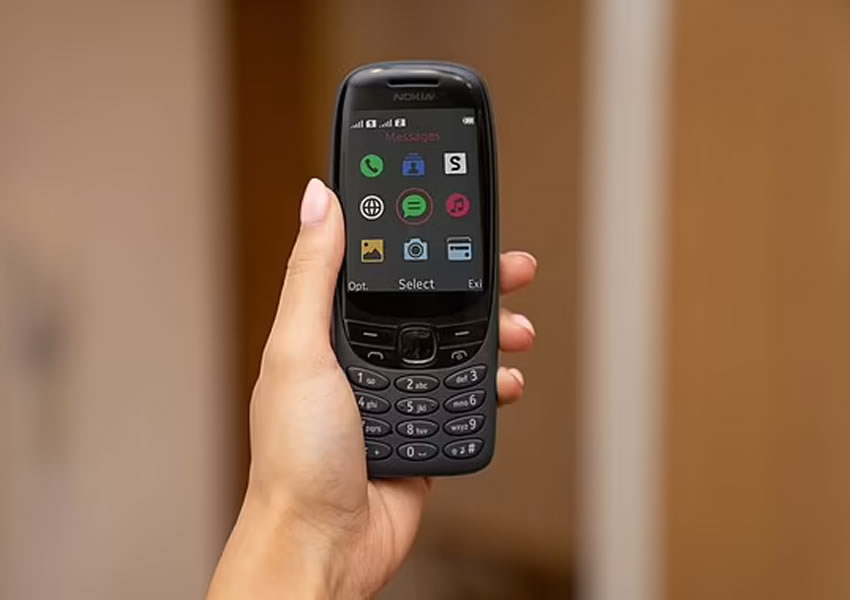 Nokia is re-releasing one of its classic mobile phones, the 6310 ‘brick’ to mark 20 years since it was first released in the UK. HMD Global, makers of Nokia phones, said the device would have the original and iconic silhouette of the classic 6310 with its trademark long battery life.

The phone will come with a copy of the 90s classic mobile game Snake, and a sturdy form factor that gave it the nickname ‘the brick’ when it first came out in 2001. There will be ‘subtle changes’ to mark the passing of 20 years of technological evolution, including bigger buttons and a zoomed-in menu for ease of reading.

HMD Global, makers of Nokia phones, said the new device (pictured right) would have the original and iconic silhouette of the classic 6310 (pictured left) with its trademark long battery life 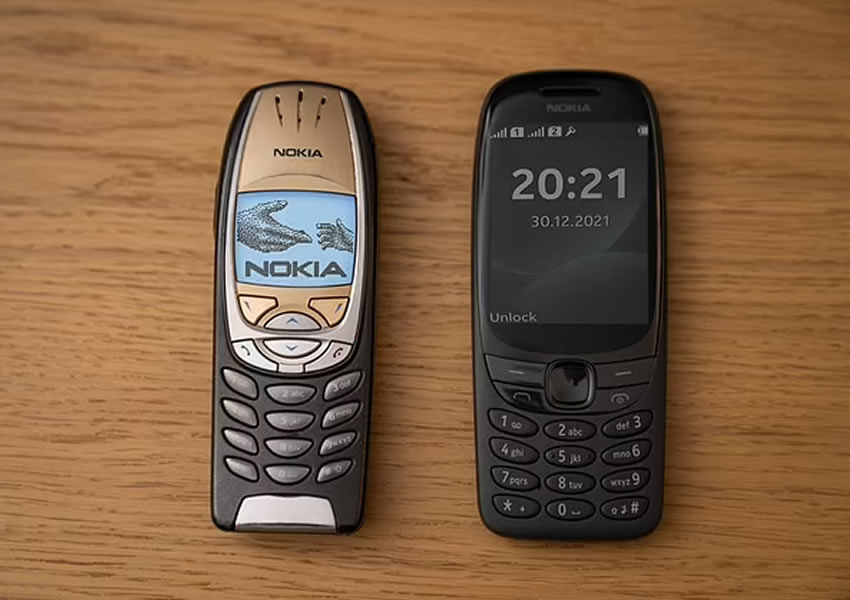 HMD Global, makers of Nokia phones, said the new device (pictured right) would have the original and iconic silhouette of the classic 6310 (pictured left) with its trademark long battery life


The Nokia 6310 was first released in 2001 and has been re-released in 2021 to mark its 20th anniversary. The new version comes with a larger screen, larger buttons, but the same long battery life and sturdy body.

Nokia says the new version of its iconic device, beloved of teenagers when it was first released for its reliability, long battery life, and sturdy form will also include a wireless FM radio.

‘That yearning for nostalgia makes the new Nokia 6310 the perfect tonic,’ a Nokia spokesperson explained, talking about the anniversary release.

The new handset has been ‘refreshed and reinvented,’ to match modern needs. This includes a larger screen and buttons, making it easier to read messages and connect with loved ones, Nokia says.

‘With the Nokia 6310, it is all fun and games,’ the firm said, adding ‘you can listen to your favorite news channels, sports games, or music stations on the go with reliable connectivity or play an intense game of Snake!’

One thing Nokia hasn’t changed is the battery, with the new device lasting weeks between charges, just like the original. In fact, it can go a whopping 21 days between charges if left on standby! The phone charges using a MicroUSB cable and can run for 19 hours on battery when being actively used in a call, according to Nokia’s website.

When the original version was released back in 2001, it could send emails, texts, and picture messages had basic internet access and simple Java-based applications, including Snake.

It was about 3.9 ounces and could store 174 KB of data, with a battery that lasted up to 408 hours on standby, or for seven hours of constant talk time. The new version is built from a tough polycarbonate shell that can ‘take the knocks and bumps of everyday life’.

Adam Ferguson, Head of Product Marketing at HMD Global said the device plays on the memory of the old.

‘They don’t make them as they used to is a phrase we’ve disowned,’ Mr. Ferguson said. ‘We still bring that signature build quality to all of our devices. ‘We recently launched the new Nokia XR20, a life-proof smartphone that in my eyes, is a modern-day Nokia 3310 in a smartphone. ‘And now the Nokia 6310 is back and better than ever.’

It isn’t clear whether Nokia is working on a new smartphone that is a ‘6310 in a smartphone,’ or whether this is a limited anniversary release of an old classic. However, Mr. Ferguson added: ‘For all feature phone lovers, it’s the original and iconic model, and whilst its 2.8-inch curved window screen may be new, it still retains its familiar design and functionality.

‘As one of the trailblazers in making mobile go mainstream in 2001, it’s no surprise to see its impact 20 years on. ‘It’s a legacy that the new Nokia 6310 will continue way into the next 20 years.’

A self-confessed 1990s fanatic has revealed how he’s so obsessed with the era he transformed his home into a time capsule to the decade – complete with dated Ikea furniture, VHS players, telephone alarm clocks.

Jack Walter, 23, from Bakewell, Derbyshire has spent roughly £5,000 pursuing his passion for the era and even drives a ‘G reg’ Austin Mini Metro.

The illustrator often scours charity shops and eBay while wearing high-waisted Levi jeans and Sweater Shop jumpers and says he finds comfort in the era and hoped to recreate the ‘coziness’ of his parents’ house from when he was a child – though he admits people think he’s ‘mad’ for not enjoying the present day.

And due to living in the countryside, he claims his 90s phone with extendable aerial ensures he gets better signal than his mobile phone.

‘It started as me recreating my parents’ house from when I was little, with the coziness,’ Jack explained. ‘I never really enjoyed modern decorating with all the greys. It didn’t have the homey quality, and I wanted to replicate that. ‘When we moved into this current house two years ago, it was super bland and white.

‘Not much had changed in the house since 1995 except it’d had a lot of white paint and a laminate floor put in. ‘The house is the result of a lot of snooping around charity shops and eBay. I also get gifted things by people who know me. They’ll see something and go “Oh, Jack will enjoy that”.

Jack loves nothing more than watching TV shows from the era such as Absolutely Fabulous, Men Behaving Badly and The Vicar Of Dibley and ‘always’ plays his Now That’s What I Call Music cassette tapes.