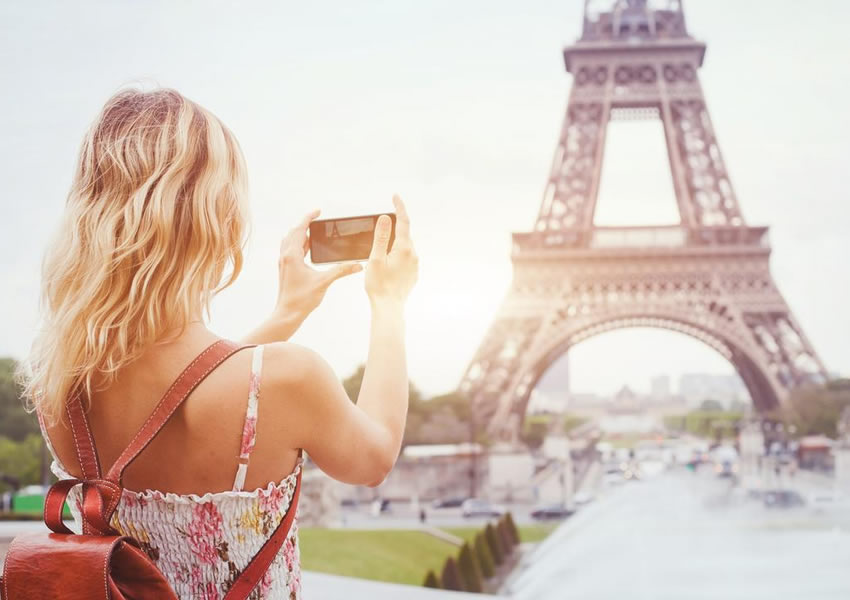 We’re pinning our hopes on this year bringing back travel – and if it does, these are the destinations you should hit up first.

The year 2020 was a bad one for lots of reasons, but the near-total shutdown of international travel was certainly one of them. Many countries closed their borders. Constantly changing travel restrictions made planning near-impossible.

We weren’t sure how safe it was to fly or stay in a hotel. And in any case, local outbreaks and health measures made travel in many parts of the world feel either risky or… well, just not that fun.

We’re hoping that’s all going to change this year. The global vaccine rollout promises to reopen borders, relax rules and soothe at least some of our anxieties. Frankly, you’re probably desperate to get out there again. (We definitely are.)

So, assuming things do return to something like normal, there’s just one question: where to travel first?

Here are our suggestions: a list of incredible destinations that deserve to feature heavily in your 2021 plans. Maybe you’re looking for a bucket-list trip to really make up for not being able to travel in 2020, or thinking about dipping a toe back into city breaks.

Perhaps you’re desperate for adventure and new scenery after being cooped up at home, or just want to get as far away from humans as possible.

Whatever you’re after in a great 2021 travel destination, we’ve got you. Just make sure to keep an eye on our regularly updated list of destinations accepting travelers right now, and may the road rise to meet you. 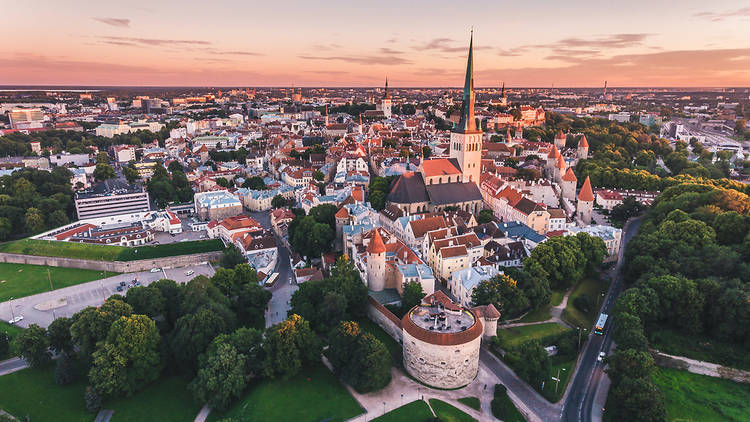 Relatively speaking, Estonia has had rather few cases of coronavirus, and that’s in no small part thanks to its small but fun-loving capital, Tallinn. In spring 2020, a company called Garage48 set up an initiative called ‘Hack the Crisis’ that brought together more than 800 tech workers to help combat the virus.

The vibe throughout the city center is pretty Scandinavian – cutting-edge cuisine, a thriving design scene, and craft beer bars on every corner – but with a lot more Soviet architecture and prices that are much more wallet-friendly than you’d ever find in Copenhagen or Helsinki.

Hang out in the fast-regenerating harbourside area of Kalamaja, which was named one of the world’s coolest neighborhoods in October 2020. 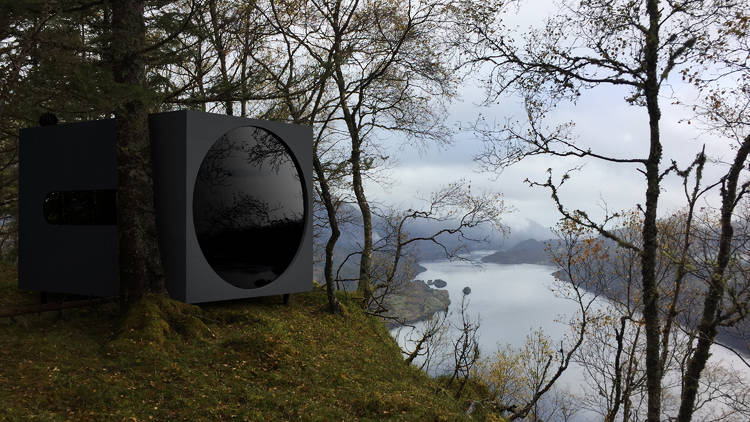 If 2020 was the Year of the Cabin – a time when every city-dweller wanted a country bolthole – then Norway is way ahead of the curve.

The Scandinavian country has a huge and longstanding cabin culture, with about half the population having access to a hytte of some kind, and there is plenty for visitors to rent too, with intensely beautiful natural settings a given.

If you’re not up for the traditional back-to-basics experience (outdoor toilets, no power, and water from a well) then check out some of the smart new openings dotting the country.

From mountaintop ‘birdboxes’ to treehouses peering over fjörds, they’re adding a dose of luxury to the age-old feeling of hyttekos: that sense of wellbeing you only get when you’re tucked up in a cabin, miles away from… well, pretty much anything. 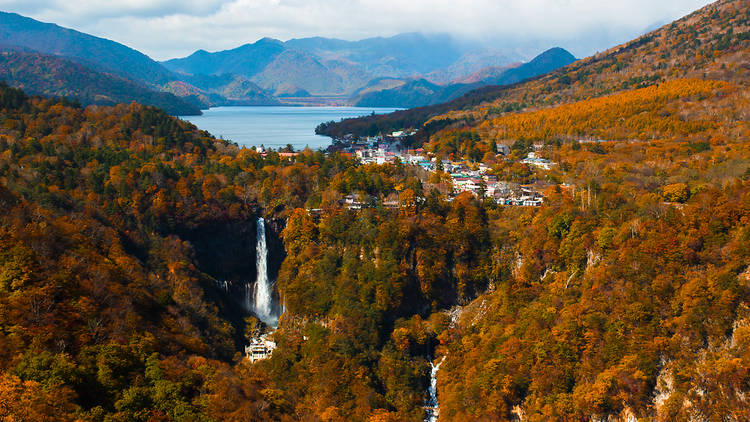 With the postponed Tokyo Olympics now set for summer 2021, everyone’s going to be watching Japan this year. But there are loads more to the country than the bright lights of the world’s biggest metropolis.

Rural tourism has been on the increase for years, and this year the government’s ‘Go to Travel’ scheme has (albeit not without controversy) aimed to reboot the tourist sector across all 47 prefectures.

Barring new spikes, the country is likely to reopen to visitors in time for cherry blossom season. And when it does, your trip should definitely include one of Japan’s national parks – maybe the islands of Setonaikai, or Nikko with its Unesco-listed temples and shrines – where authorities have been setting up idyllic, high-tech ‘workation’ spots for anyone who wants to bring a laptop to paradise. 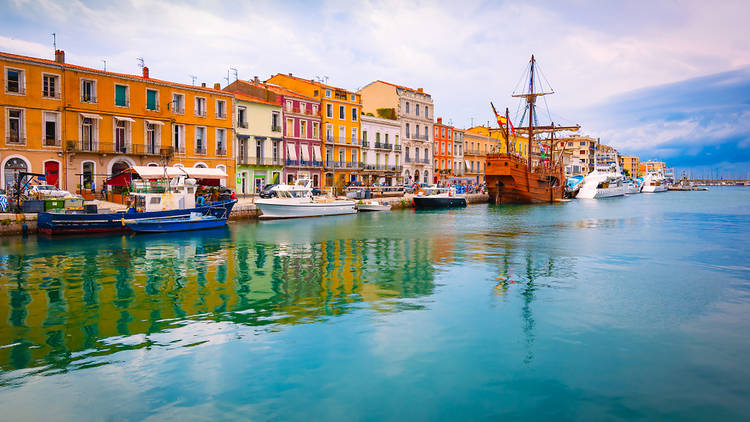 Trips to major cities aren’t likely to bounce back totally in 2021, but we’ve got a feeling that mini-city breaks are going to be huge – all the fun of city life with smaller crowds.

And if that’s your vibe, we’d recommend Sète: a small city in the Languedoc region of France, roughly halfway between Marseille and Barcelona. The water-jousting contests, street-side poetry readings, and a thriving population of Occitan speakers make this place feel worlds (and centuries) removed from the rest of the country.

Festivals like Fiest’à Sète and Gilles Peterson’s Worldwide usually draw thousands here in summer. But the best reason to hit up this unassuming city in any year is the monstrously good seafood – especially the tielle sétoise, a spicy tomato, and octopus pie. 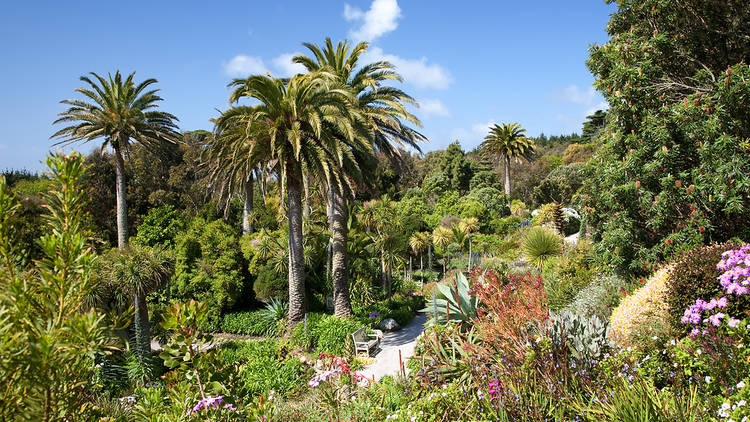 Our appetite for rural, lesser-populated spots is set to sail right on into 2021 – and few places in the UK tick those boxes better than the Isles of Scilly. An unspoilt archipelago just off the Cornish coast, the Scillies have a subtropical vibe, down to the islands’ white sandy beaches and bobbing palms.

The tiny islands (five lived-on and countless uninhabited) are all connected by local boat routes, though a few times a year you can walk between Tresco and Bryer, when a festival takes place on the briefly exposed seabed at low tide.

They’ve also never been so accessible thanks to a new helicopter route from Penzance on the mainland, which launched this year when no one was really able to take advantage of it. 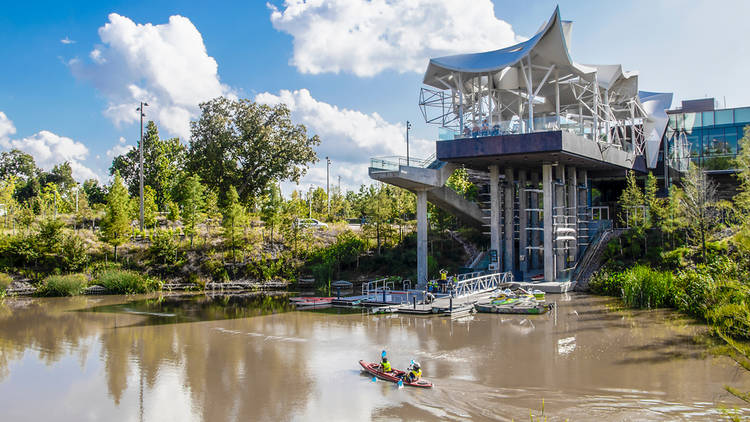 The coolest park in the United States isn’t in New York or San Francisco – it’s tucked away in Tulsa, Oklahoma.

Since 2018, the 100-acre Gathering Place has been wowing visitors with a three-acre lake, multiple playgrounds that rival any amusement park in the country, year-round events, and dedicated spaces for every sport you can imagine (and it’s all free).

And while the park had to rotate to drive-in programming last year, 2021 is the year when The Gathering Place transforms Tulsa from a fly-over-city into a national destination.

Add in the new buzz from a wave of tech workers moving to town, and you’ll want to get in while you still can. 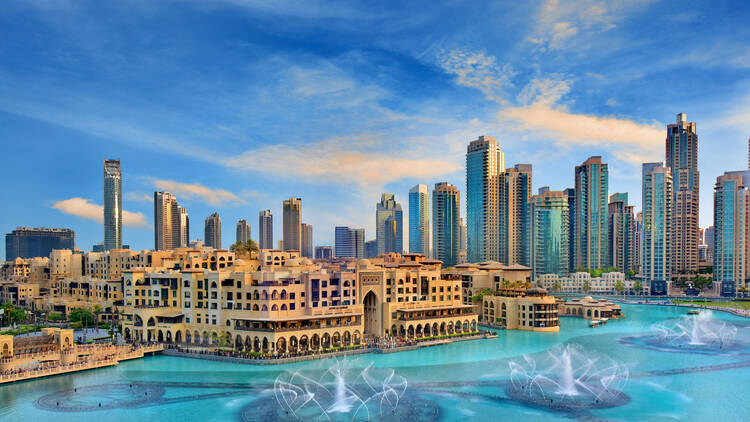 The Emirati hub was supposed to have a massive one in 2020, hosting the world at Expo 2020 Dubai. For obvious reasons, that particular mega showcase of innovation ended up being postponed, and it now starts in October 2021 – so that’s one excellent reason to drop in on Dubai this coming year.

Need one more? Meet Time Out Market Dubai, a showcase for the best chefs in the city, opening in Downtown Dubai in early 2021. Add in the balmy weather and relatively unrestrictive health measures, and you’ve got yourself an enviable winter-sun destination. 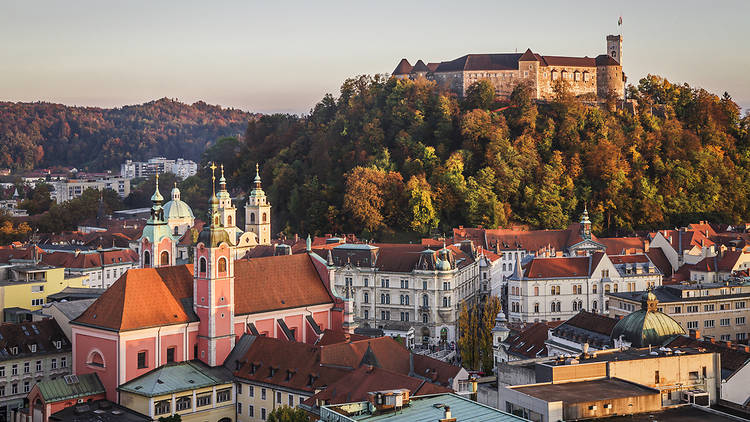 So you want the cafe culture and buzzy feel of a European city, but people… well, you’re not sure you want to spend that much time with them yet. Ljubljana, the pretty capital of Slovenia, is the one.

Crowds aren’t much of a problem here in one of the smallest European capitals while its historic center is dotted with green spaces too – just in case. Best of all, the city makes an ideal base for exploring the peaceful pockets of rural Slovenia.

It’s surrounded by forests, marshland, and mountains and is within easy day-tripping distance of dramatic caves, beaut lakes like postcard-fave Lake Bled, and even opportunities to spot the country’s wild European brown bear population. 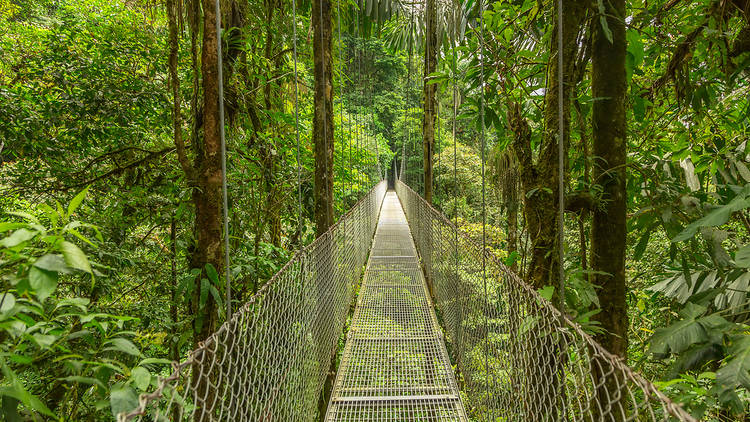 If 2020 had you pouring over stories of nature’s resilience – drops in carbon emissions, whales exploring new waters, goats taking over a deserted Welsh town – you’ll want to add Costa Rica to your travel list.

Lush, wild, and tropical, Costa Rica is also one of the most biodiverse countries in the world, home to around five percent of the world’s species. The most peaceful country in Central America is also a world leader when it comes to sustainability: it was awarded the UN’s Champions of the Earth award at the end of 2019 and aims to be carbon-neutral by 2050.

Around 98 percent of its energy is renewable, and more than half of the country is covered in forest thanks to a successful initiative to reverse years of deforestation. The fact that it’s one of the world’s most exciting adventure destinations right now is just one more bonus. 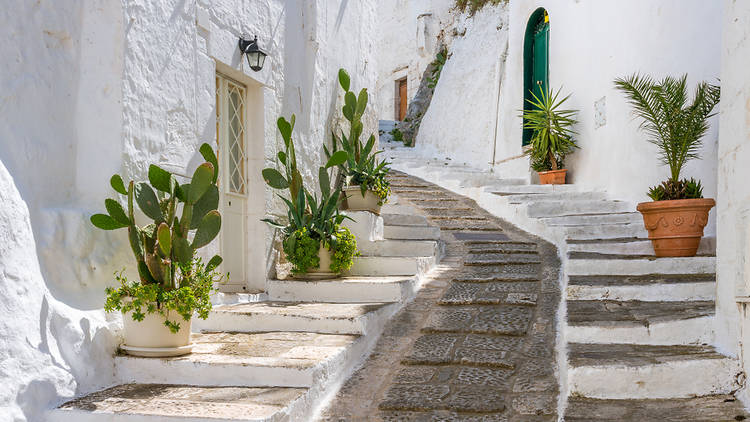 Italy had a tough time of it in 2020, so the entire country will need our love when it’s safe to travel again. But if you’re feeling been-there-done-that about the country’s usual hotspots, you need to know about southern Salento, the heel of Italy’s boot.

Spend a few nights in pearly-white hill town Ostuni, with its cool bars, ancient cathedral and coves carved out of the rock, or snooze at Masseria Moroseta, a mega-stylish farm stay on the outskirts. 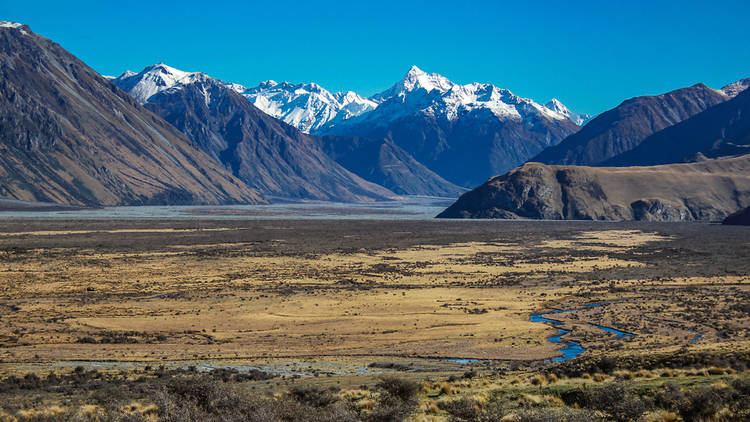 One of the rare success stories of 2020, New Zealand remains in a near-total shutdown to visitors from outside the Oceania travel bubble. But we’re sincerely hoping we’ll be able to roam its otherworldly landscapes at some point in 2021.

That’s partly because it’ll be 20 years since the first in the ‘Lord of the Rings’ movie trilogy splashed these volcanic islands across the world’s cinema screens, and because Amazon’s upcoming Tolkien TV adaptation is about to set off the second wave of Middle-Earth envy.

But it’s also because once we can set foot in New Zealand again, we’ll know that travel is back for good.