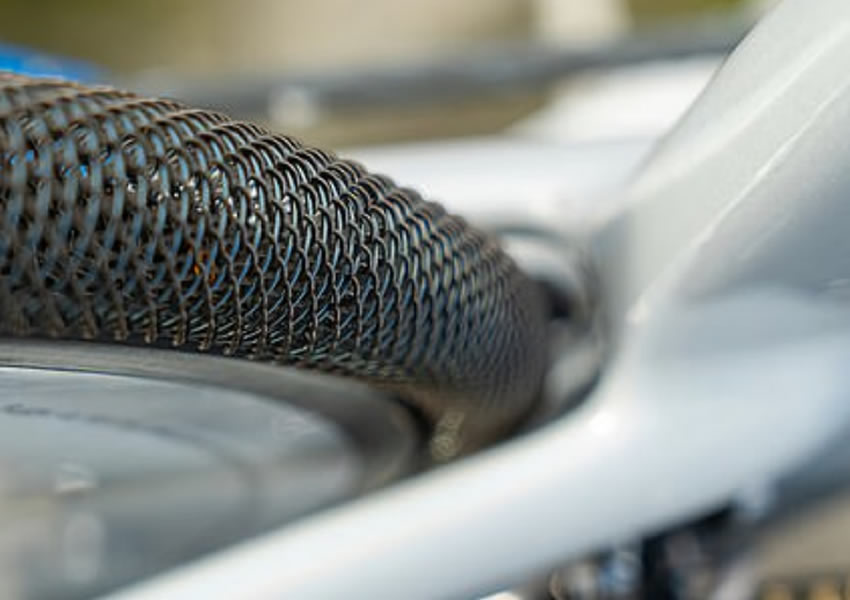 NASA has sent rovers to Mars and the moon with ‘nearly indestructible’ titanium tires and these space-age wheels will soon be traveling around Earth.

The SMART Tire Company is working with scientists at the American space agency to adapt its ‘smart memory alloy’ (SMA) tire technology for bicycles.

This design, according to the firm, means the bike tires will never need air or get a flat.

The firm is set to release METL (Martensite Elasticized Tubular Loading) tires next year that will boast a rubber-like tread for added traction.

Originally developed for use on lunar and Mars rover missions, the SMA tire is made from interconnect springs composed of Nitinol, a lightweight nickel-titanium alloy.

Though quite elastic, Nitinol returns to its original shape at the molecular level without losing structural integrity.

As a bonus, they provide as good or better traction than traditional rubber tires and have built-in shock-absorbing capabilities.

‘Cyclists will not be able to wait to get their hands on these very cool-looking, space-age METL tires that don’t go flat,’ said Earl Cole, who took home the million-dollar prize in Survivor: Fiji in 2007 and launched the SMART Tire Company last year with blockchain engineer Brian Yennie.

Though quite elastic, Nitinol returns to its original shape at the molecular level without losing structural integrity

‘The unique combination of these advanced materials, coupled with a next generation, eco-friendly design make for a revolutionary product,’ he added.

The SMART team worked with NASA Glenn Research Center inventors Santo Padula and Colin Creager to adapt the technology for use by the general public.

‘Thanks to their ability to undergo phase transitions at the molecular level under strain, SMAs are unlike any other material, exhibiting thirty times the recoverable strain of ordinary steel,’ said Padula, a materials science engineer.

‘Shape memory alloys look extremely promising in revolutionizing the entire terrestrial tire industry — and that’s just the tip of the iceberg,’ he added.

However, the tires are much heavier than traditional rubber tires, and their open-weave structure means debris can get caught inside.

The METL tires will be finished with a rubber-like tread to add traction, so they can ride over dirt, pavement and other terrains.

‘Over time the tread will wear out and need to be reapplied, but that maintenance is expected to be a lot cheaper than having to regularly replace a set of tires,’ Gizmodo reported.

According to SMART, the METL tires will be available for the cycling community in early 2022, though pricing has not been announced.

The company is also working with Ford Motor’s Spin division to develop SMA tires for e-scooters.

‘We are excited about the potential of METL and we are sharing our knowledge about scooter tire performance and specifications with The SMART Tire Company to help advance our mission to create cleaner, safer and better transportation for all,’ said Spin R&D manager James Berg.

And there are naturally plans to adapt them for automobiles and other wheeled vehicles.

A car tire that doesn’t give out from wear-and-tear, leaks or punctures could have a major impact on the global automotive tire market, valued at $112.16 billion in 2019 and projected to reach $154.40 billion by 2027, according to Allied Market Research.