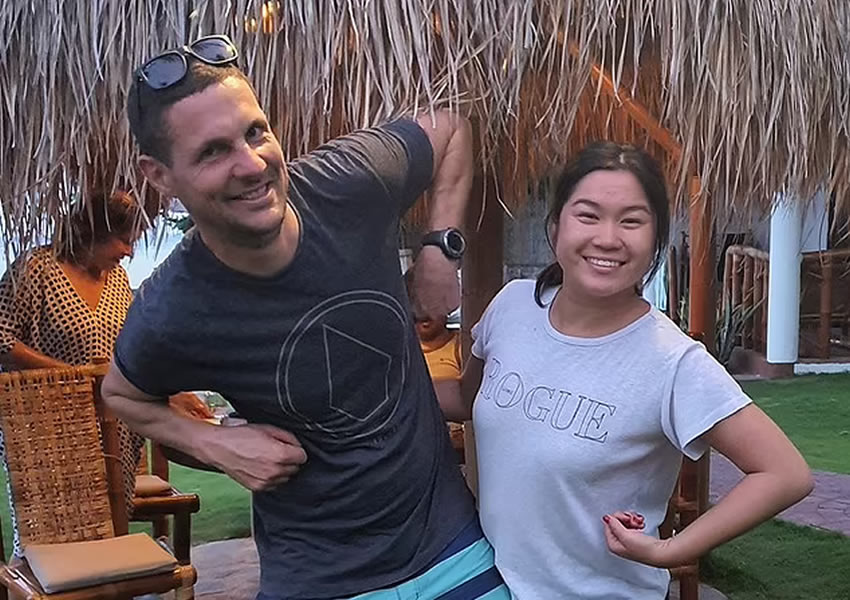 The family of a diving instructor killed by a great white shark in Sydney insisted he would not want the animal to be destroyed.

Mr. Nellist, who grew up in Cornwall, in the United Kingdom, was due to marry his fiancée Jessie Ho this summer.

His aunt Jacqui Seager, 62, said yesterday: ‘I don’t think Simon would want the shark to be killed. He loved nature.

‘He swam with sharks before. This isn’t the first time he’s gone out and seen them but he would still go out swimming. That’s brave.

‘I don’t think he ever thought they would hurt him. Sadly, this time it managed to get to him.


‘It’s absolutely horrendous. We are all in shock.’

Photographer Mrs. Seager, of Maidstone, Kent, added: ‘He swam most days. This is just a freak accident. It shows you can’t take life for granted.’

His death at Buchan Point on Wednesday forced authorities to close most beaches.

Special ‘drum lines’ – aquatic traps using baited hooks to lure and capture large sharks – were set up in the water.

However, they are controversial because sharks have died in them. They also often catch other wildlife.

Mr. Nellist had hit out over their use saying they ‘protect no one’ and ‘need to go’.

His death comes weeks before ‘smart’ drum lines were reportedly due to be installed which could have prevented the tragedy.

Mother-of-three Mrs. Seager said: ‘He told his mum he was going to travel to Australia and that was that. He loved it so much that he stayed.

‘He met his girlfriend Jessie out there. They’re around the same age and instantly hit it off. They’ve been together for years.

‘She is totally in bits, as are his parents. I spoke to them last night and they are beyond belief.

‘They will never get through this – ever – as this is something you keep with you for life. I just feel so sorry for them.

‘They are planning to get out there as soon as they can but need to sort visas out.

‘Everyone was going to fly out there to see him get married in June or July but sadly it is now in much sadder circumstances.’

Mrs. Seager stressed: ‘Simon always loved the sea. He was always very close to it. He loved wildlife and the world.

‘He had a real love affair with nature. He was a very kind and considerate man who just loved life. He was a strong guy and did two tours of Afghanistan.

‘His mum said how could he return from the frontline unscathed to then go to Australia, go out for a swim, and get killed.’

Mr. Nellist served with the UK’s 34 Squadron, based at RAF Leeming in North Yorkshire. His shocked parents Mike and Rosemary, of Helston, Cornwall, declined to comment yesterday.

Experts believe the shark which killed Mr Nellist on his daily swim was at least 10ft long and might have mistaken his wetsuit for a seal.

He had been training for a swimming event on Sunday but it has now been canceled. Dr. Chris Pepin-Neff, of Sydney University, said such shark attacks were incredibly rare, with just ten or 12 of its kind in 30 years around the world.

But he added: ‘It’s not crazy for sharks to bite humans thinking we might be prey.’

‘The news hit us like a truck because he was one of the people who make this Earth lighter.’