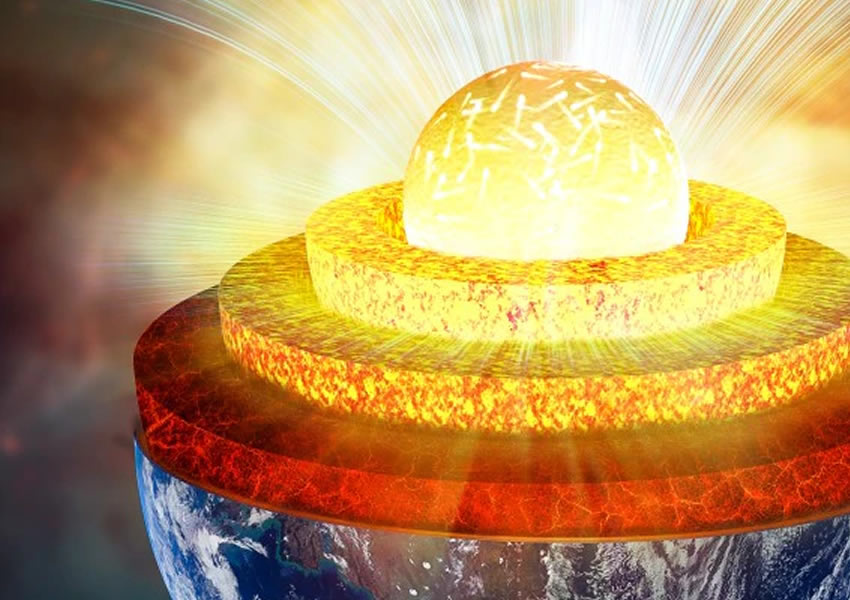 We’ve known for a while that Earth’s deepest depths, its “solid iron” inner core, isn’t made of pure iron — and now scientists say it might not be solid either.

Simulations by a team of researchers in China suggest our planet’s innards are somewhere between solid and liquid in a “superionic” state.

The research has been published in the journal Nature.

Yu He, a physicist at the Chinese Academy of Sciences and co-author of the study, said the calculations were “a new starting point to understand the inner core”.


This study, and others like it, Dr. He added, might one day help earth scientists solve some fundamental but complex problems, such as when the inner core started to take shape.

But the new study can’t completely explain all the inner core’s quirks.

Why states of matter matter

On the surface of the Earth, we generally deal with three states of matter: solid, liquid, and gas.

Take water, for instance. As the ice in a cool drink, water molecules are arranged in a regular, 3D crystal. When that ice melts to become liquid water, those molecules can now move around but are still in close proximity.

And like a gas, like the water vapor that gives humid days their oppressive stickiness, those mobile water molecules are free to move far away from each other.

But when substances are subjected to intense pressure or heat, they can switch into other, weirder states of matter.

Such as superionic matter, which is somewhere between liquid and solid.

The oxygen atoms crystallize into a 3D structure — like you’d see in a solid — while hydrogen atoms move freely around, like a liquid.

Superionic water ice could make up the bulk of giant icy planets, such as Neptune and Uranus.

And some geophysicists think the very center of Earth, its inner core, is superionic too. 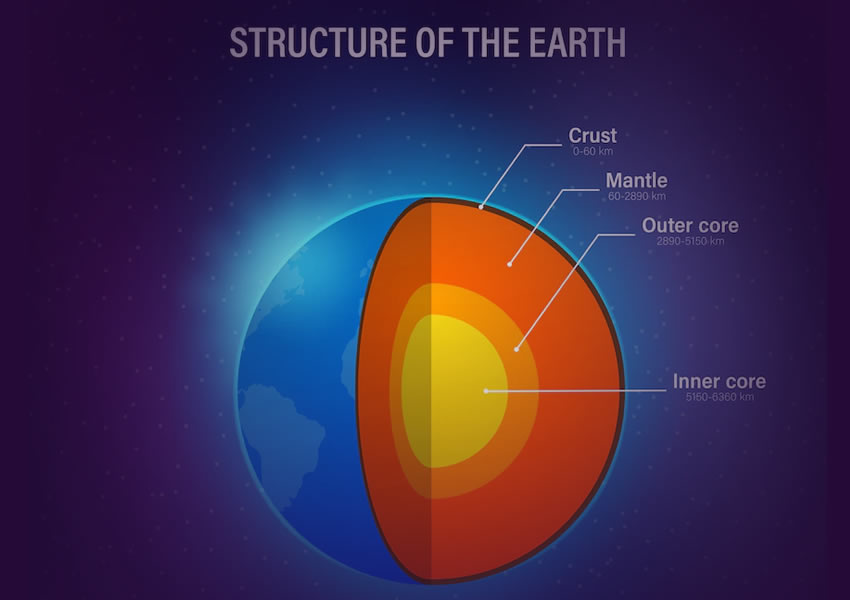 Instead of water, though, the inner core is made of a metal alloy: mostly iron, a bit of nickel, and a few other much lighter elements, such as hydrogen and carbon, mixed in there too.

It’s the iron atoms that form the 3D “solid” structure in a superionic state and the lighter elements that flow around it like liquid.

Earth’s inner core reaches temperatures similar to the surface of the Sun and pressures 3.7 million times what we experience at sea level.

Physically digging to the inner core is impossible, and we can’t yet recreate its conditions in the lab.

So to get an idea of what the inner core is like, scientists measure how seismic waves, generated by earthquakes, change in speed and direction as they rumble through the center of the planet.

This information can tell scientists how dense the inner core’s iron alloy is, as well as its stiffness, said Hrvoje Tkalcic, a geophysicist at the Australian National University who was not involved in the work.

“And then we also have mineral physics, geodynamics, and mathematical geophysics trying to work together to figure out what the heck is happening at the center of our planet,” Professor Tkalcic said.

Dr. He and his crew used computer simulations to see how seismic waves might travel through an alloy made of iron, hydrogen, carbon, and oxygen under immense pressure and heat.

They’re not the first to do this: other studies have done similar, albeit with fewer lighter elements included.

The new study’s conclusions are in line with what scientists have deduced from earthquakes: that the core is less dense than pure iron, so lighter elements must be mixed in, and it’s relatively soft.

But there’s still a mystery

Something the new study can’t fully explain is a peculiar but distinct feature of the inner core.

The speed at which a seismic wave moves through the inner core depends on its direction through the planet.

It’s a phenomenon called seismic anisotropy, and why it happens, no one’s really sure.

Dr. He and colleagues suggest lighter, liquid-like elements are not evenly distributed through the superionic inner core.

Instead, they’re concentrated into a flattened sphere around the middle, which puts the brakes on waves passing through.

But how exactly how — and why — lighter elements might accumulate that way is not specified.

In any case, the middle of the planet definitely requires more scrutiny, Dr. He said.

“I think more studies are needed to explain other seismic features, such as seismic anisotropy, in the inner core.”