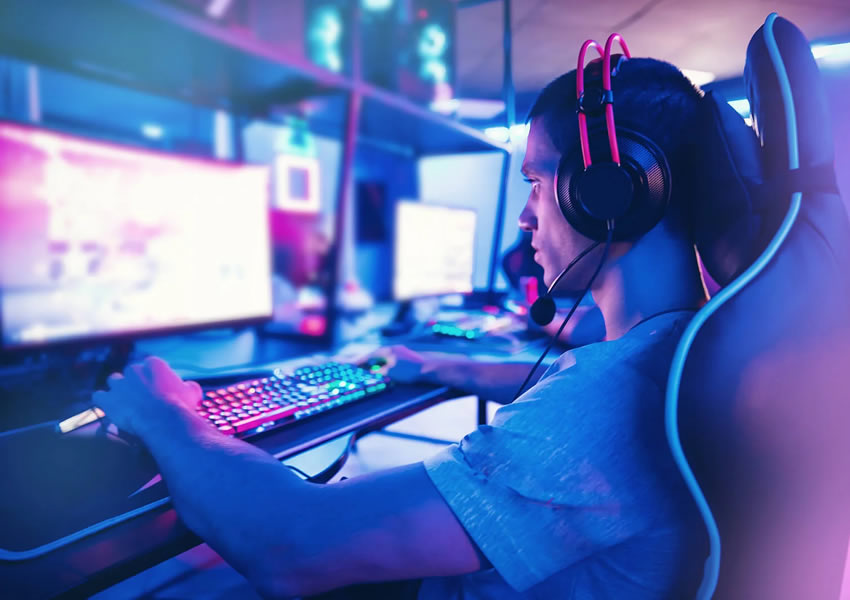 Last year wasn’t terrible for video games, but it wasn’t the year it was meant to be. Games in the middle of development when the pandemic hit were disrupted, leading many to be delayed into 2022.

But what was bad news in 2021 is now 2022’s good fortune: this year looks like it could be an all-timer. It starts in January with the release of Pokemon Legends: Arceus, and from then there’s a steady stream of highly anticipated and potentially fantastic games to look forward to.

This isn’t an exhaustive list of every game coming out in 2022, and it doesn’t account for the many sleeper indie hits that are sure to come. These are all the big games coming next year that you should know about.


Pokemon Legends: Arceus is many things. It’s a new Pokemon game developed from the ground up for the Nintendo Switch. It’s a prequel to Pokemon Brilliant Diamond and Shining Pearl, which hit the console in November. And, perhaps most importantly, it’s being developed by Game Freak, the studio that’s made all of the mainline Pokemon games since Red and Blue.

Pokemon Legends: Arceus is set in the Sinnoh region, same as Diamond and Pearl, but set in a distant history that predates the mingling between humans and Pokemon.

Gameplay snippets from trailers show the playable characters sneaking up on Pokemon and trying to catch them in real-time, as well as turn-based combat that the series is known for. It looks like Arceus may give longtime players what they’ve been clamoring for: something different. 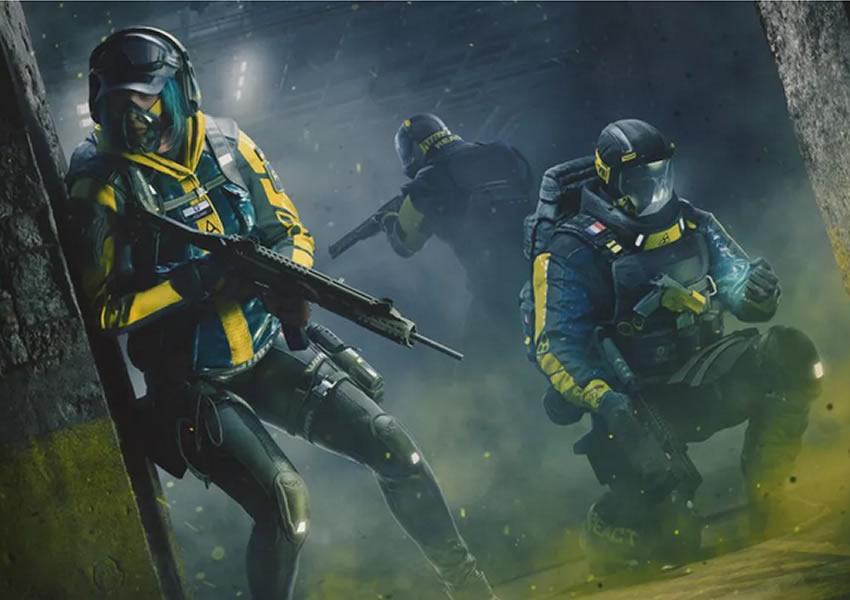 Rainbow Six Siege was released in 2015, yet it remains one of the most played and streamed games in the world. Ubisoft is following up with a spinoff, Rainbow Six Extraction. Whereas Siege had you teaming up with a squad to take on other players online, Extraction is all about cooperation against parasitic aliens known as Archaeans.

Sifu is a fighting game from the developers behind Absolver, a charming martial arts game released back in 2017. Sifu takes the water-color art design and unique martial arts gameplay from that game and adds a new aging mechanic on top.

You play as a kung fu student who needs to avenge his family by killing five assassins, but each time you die you’re revived slightly older. You get stronger as you age but have less health. You’ve got to avenge your family before father time takes you out. 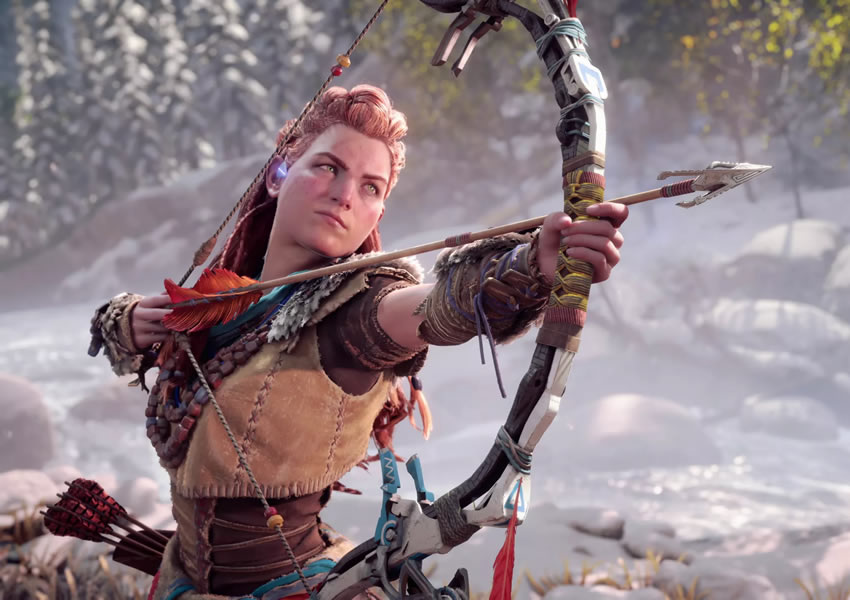 Horizon Forbidden West is 2022’s first AAA blockbuster. A follow-up from the excellent Horizon Zero Dawn, Forbidden West is unfortunately timely: Aloy has to investigate a mysterious plague that infects and kills almost everything it comes across.

The adventure will take her through to America’s post-apocalyptic west, across California, Utah, and Nevada. If you’ve played its predecessor, you know how great this is likely to be. If you haven’t played Horizon Zero Dawn, go ahead and do that. 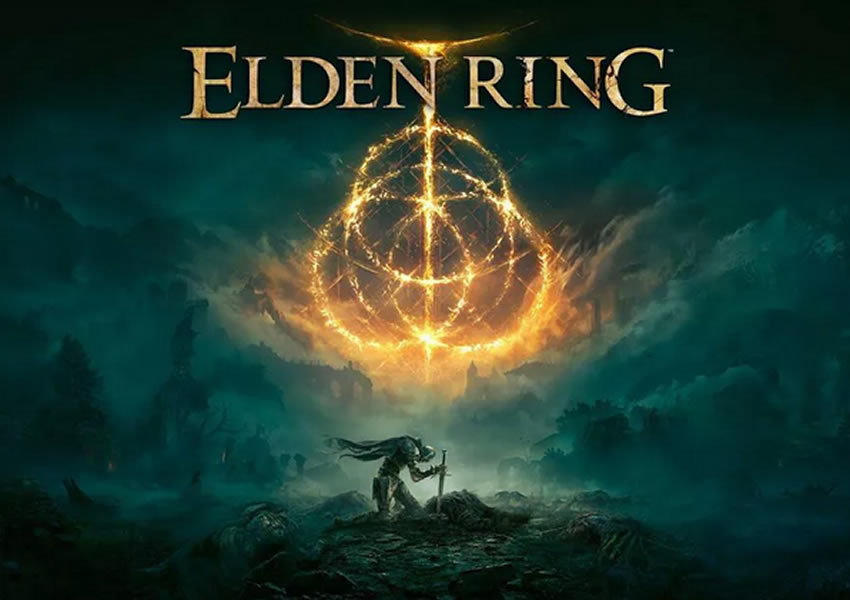 For many, Elden Ring is the most anticipated game of the year. It’s notable for many reasons. First, it’s a major new release by FromSoftware, the developers behind Dark Souls. Second, it’s the first From Software game to integrate an open-world setting.

Third, its world and lore was created with the help of George R.R. Martin. There’s a lot going on here, and it’s bound to be a hugely ambitious and rewarding title — for those resilient enough to make it through. 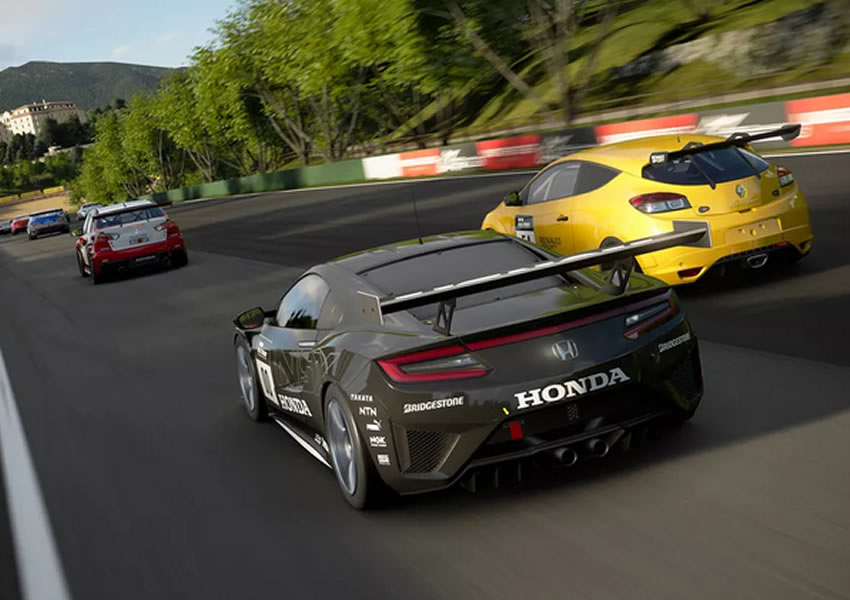 In November Microsoft was able to show off its racing chops with the outstanding Forza Horizon 4. In March, it’ll be Sony’s turn. Like many titles on this list, Gran Turismo 7 was originally scheduled for a 2021 launch.

That didn’t end up happening, but PlayStation 4 and 5 owners in need of a graphically beautiful and realistic driving sim have much to look forward to in March.

Those who have been hungry for more Borderlands will get their fix with Tiny Tina’s Wonderlands. It’s a spinoff from Gearbox’s popular series and a sequel of sorts to Borderlands 2 DLC Tiny Tina’s Assault on Dragon Keep.

Tiny Tina takes the franchise in more fantasy, RPG direction, but they’re still bringing out the big guns: Andy Samberg, Will Arnett, and Wanda Sykes will all provide voice acting for the game.

In Forspoken, you play as Frey. She’s a woman living in New York who one day finds herself transported into a distant and unknown magical land. Don’t you hate it when that happens?

Said magical land is ruled by a group called the Tantas, and it’s up to you to use your newfound powers to save the land and make it back home. Forspoken, previously known as Project Athia, is being developed to show off the PlayStation 5’s power — so will be a treat to look at if nothing else.

Saints Row is getting a reboot. The fifth game in the series will simply be known as Saints Row. It’ll have the same open-world sandbox that the series is known for — set in an approximation of the US’ southwest — but will strike a more serious tone than the wild and wacky Saints Row IV. 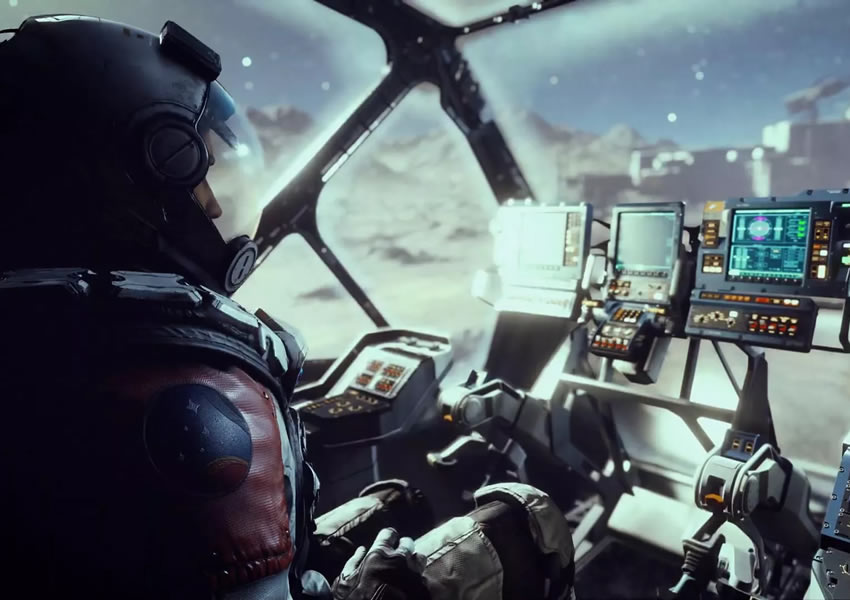 This could end up being the game of the year. Starfield is a new IP from Bethesda, the creator of Fallout and The Elder Scrolls, and has been described as “Skyrim in space.” This likely means you could spend over 100 hours playing it and still not see everything.

It’s set about 300 years from now following a bloody war between two factions, and you play as a humble space explorer. Starfield will only be on Xbox Series X|S and PC and will launch on Game Pass. 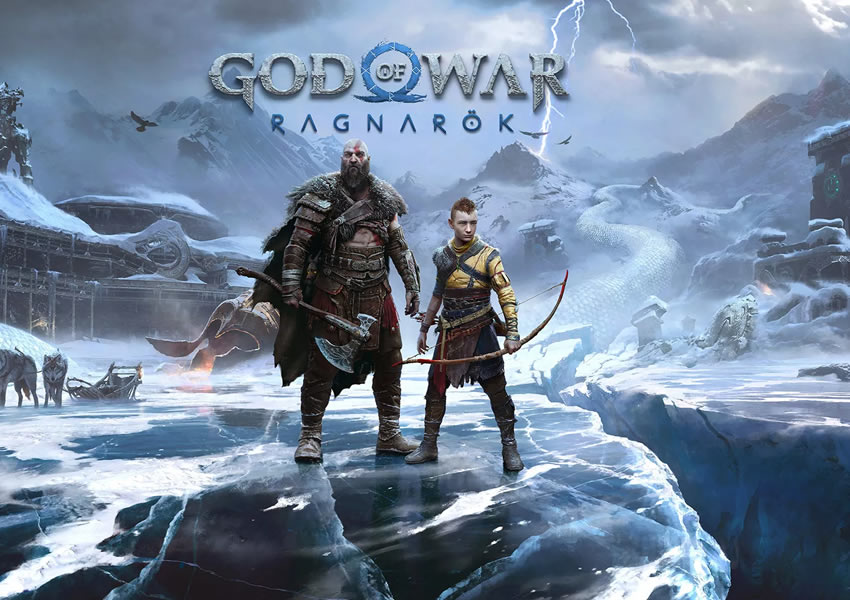 Ragnarok is a followup to God of War, one of the PlayStation 4’s best games. There’s a lot going on in Ragnarok: The world is potentially ending, Kratos is seeking the Norse God of War while being hunted by a very angry Thor.

It’s the second and final God of War set in Norse mythology and was originally meant to hit the PS4 and PS5 last year. We don’t know when it’ll launch in 2022, but it’ll be one of the year’s highlights if it can recapture the greatness of its predecessor.

Kirby and the Forgotten Land

Kirby and the Forgotten Land almost looks like a crossover between Kirby and The Last of Us. The reveal trailer from September showed Kirby exploring an abandoned city similar to those in The Last of Us Part 2. We assume there will be fewer zombies, but more colorful platforming, copying of enemy abilities, and general frolicking. Y’know, Kirby stuff.

Redfall is a team shooter from the company that brought you Dishonored and Deathloop. It’s centered around a zombie invasion of the town of Redfall, Massachusetts, and will be first-person, open-world and best played with friends. We’ve not yet seen Redfall gameplay, but the reveal trailer hints at a game brimming with charm and character.

We don’t know much about Sonic Frontiers, which was announced via a surprise trailer at the 2021 Game Awards. From what we can tell, it’ll integrate more freedom into the traditional Sonic speedrunning — it’s described as an “open-zone” game rather than an “open-world” game. It’s set for a holiday 2022 release. 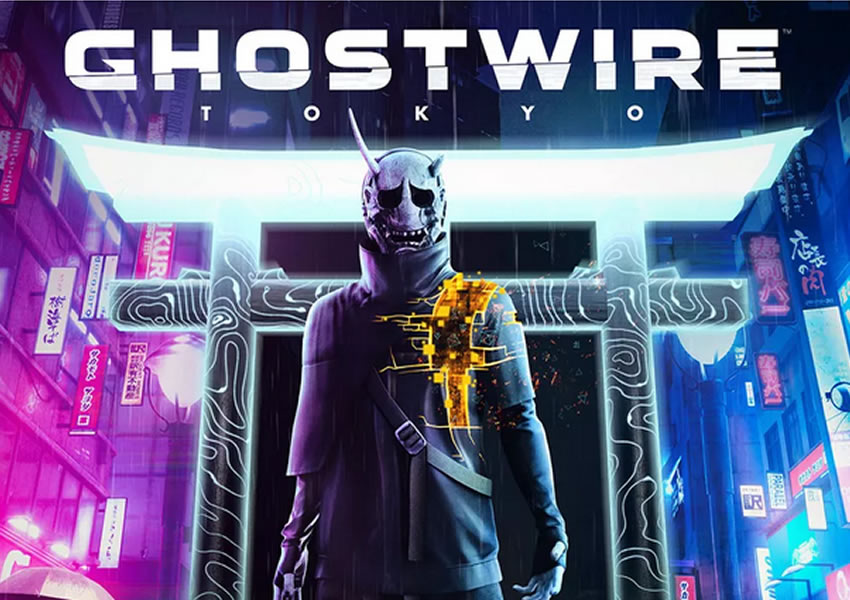 Strange things are happening in Tokyo. First and foremost: Everyone has disappeared. What’s up with that? You, as hero Akito, will find out. You’ve got some new powers, but being attacked by mysterious paranormal beings. Swings and roundabouts. Ghostwire: Tokyo is a PlayStation 5 exclusive for a year, though it’ll eventually be ported to Xbox.

Lord of the Rings: Gollum

It’s a big year for Lord of the Rings fans. Amazon Studios’ series will launch, and then there’s Gollum. The unsightly rascal is the star of his own game, where he’ll use stealth to outmaneuver Orcs — and occasionally embrace his inner Smeagol to overpower them — in his quest to retrieve The Ring.

We haven’t seen much Gollum gameplay yet, but the game is expected to launch in 2022 on all consoles, including the Switch.

Mario + Rabbids Kingdom Battle was a surprisingly great game, melding the two franchises while simultaneously providing deep strategy gameplay. Sparks of Hope takes the cast of characters out of the Mushroom Kingdom and into outer space, though the scenery isn’t the only change.

The game will add a heavier dose of combat into its strategy gameplay, as seen in a recent trailer, but hopefully will retain the charm that made the first one so loveable. 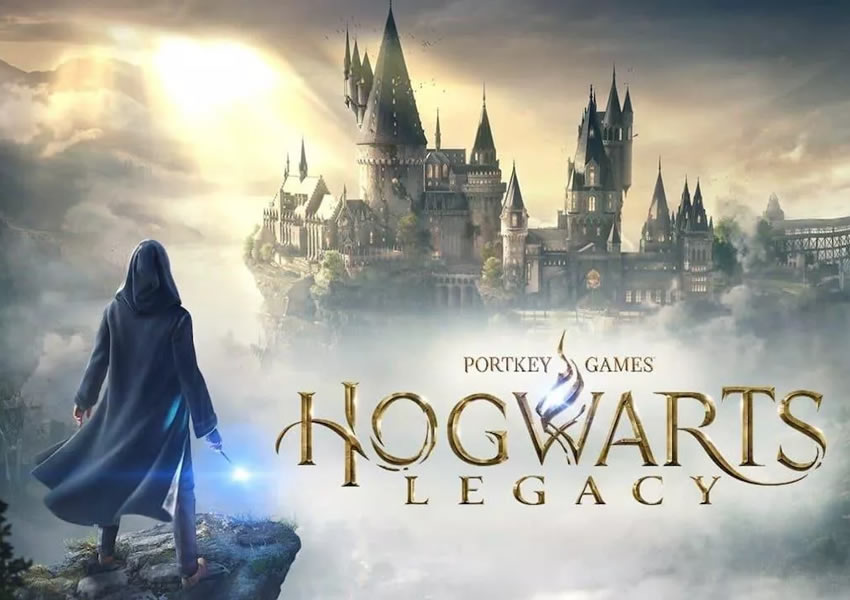 Hogwarts Legacy is an ambitious game. It’s an open world, and set in 19th century Hogwarts, many years before the emergence of He Who Must Not Be Named and The Boy Who Lived.

Harry Potter fans are reasonably excited at the prospect of exploring a living, breathing Hogwarts, of learning spells and taming magical beasts, though partially due to those high expectations the game was delayed from its original 2021 release window.

In 2021 the Guardians of the Galaxy got to shine. In 2022 it’s the Suicide Squad’s turn. Featuring the baddies from the recent flicks, including Harley Quinn, King Shark, and Deadshot, you’ll act as a team to take down the Justice League.

The most recent trailer saw the Suicide Squad’s attempt to neutralize The Flash. The dynamic combat looks extremely dope.

The Legend of Zelda: Breath of the Wild 2 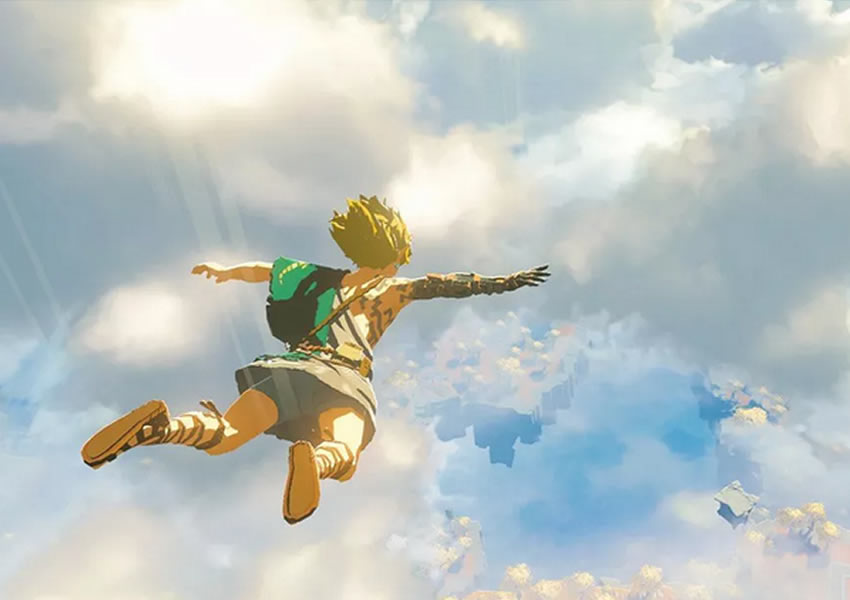 It’s the sequel to one of the best games of all time, and Nintendo has said it’ll come out in 2022. Let’s all just cross our fingers as we will that into existence.