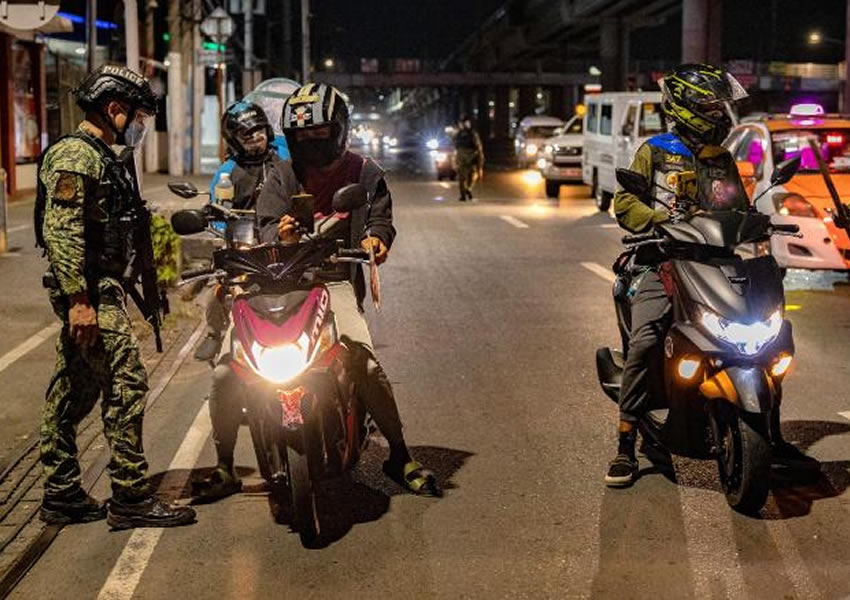 The Philippines orders more than 25 million people into lockdown over Easter as Covid-19 cases soar.

Millions of people in the Philippines won’t be celebrating Easter as normal this year after the majority Catholic country imposed a strict lockdown in the capital and nearby provinces.

Presidential Spokesperson Harry Roque announced the lockdown Saturday after the country reported 9,838 new Covid-19 cases — the country’s highest single-day increase, according to official state media Philippines News Agency. The Philippines has reported more than 720,000 coronavirus cases, including 13,170 deaths, making it one of the worst affected countries in Asia.

The country has seen a steep rise in daily reported cases since February, and the country is now reporting more than 9,000 new cases a day. There are more than 105,000 active cases, according to the Philippines’ Department of Health.

More than 25 million people across Metro Manila and nearby provinces Bulacan, Cavite, Laguna, and Rizal will be affected by the lockdown.

The lockdown begins Monday and runs until April 4 — or Easter Sunday, a day when Christians often celebrate with special church services. Religious gatherings are not allowed during the holy week.

That’s a blow for the Philippines, where more than 90% of the population are Christian, according to the CIA World Factbook.

The measures include a curfew from 6 p.m. until 5 a.m. — tightened from the previous 10 p.m. curfew. Gatherings of more than 10 people outside are not allowed, and non-household members cannot gather indoors, the government said.

Diners are not allowed to eat in restaurants, although take-out and delivery services can go ahead.

The Philippine National Police has deployed thousands of officers in checkpoint areas to help enforce the rules, according to a PNA report.

Vaccines are being rolled out to medical frontlines, and last week the Department of Health urged people who were not health care workers to refrain from jumping the queue.

“Do not worry. Our goal is still to ensure that everybody will be vaccinated. But while we do this, the government is prioritizing healthcare workers as they are the most exposed and the most at risk of getting Covid,” National Task Force Against Covid-19 chief implementer and vaccine czar secretary Carlito Galvez said.

“More vaccines will arrive, we are sure of that. We just have to wait for our turns to be vaccinated.”