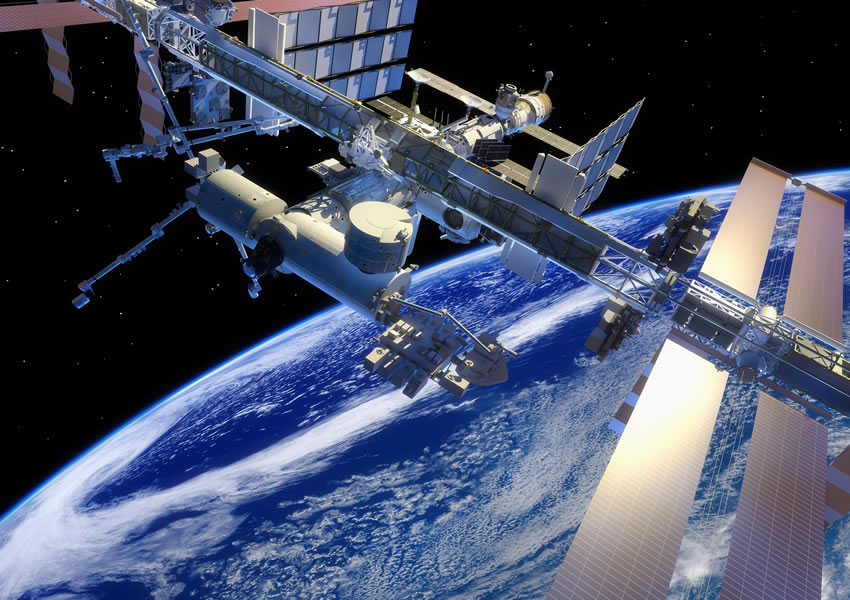 The International Space Station (ISS) will join hundreds of articles of space junk littered across the ocean floor in the Pacific when it is deorbited from space in 2031, renewing concerns about the environmental impact of the region’s “spacecraft graveyard”.

NASA announced that the ISS will fall from space to its final resting place at Point Nemo in the South Pacific Ocean, to lay among about 300 spacecraft including Russia’s Mir space station and China’s Tiangong-1 space station.

Dr. Brad Tucker is an astronomer at the Mount Stromlo Observatory in Canberra and said as the largest spacecraft to ever be deorbited, a controlled re-entry into the South Pacific was critical to bring the ISS back safely.

“It’s about the size of a football field. It weighs about 450 tons,” Dr. Tucker said.

“So things like the Mir — Russia’s space station — was a fraction of the size.


“That’s actually why bringing it down somewhere near this spacecraft graveyard is even doubly important because lots of bits of it will fragment [and] there will be large bits that come back down to earth.”

Point Nemo is located about halfway between New Zealand and Chile and was chosen because of its position as the furthest point from land in any direction, limiting the risk of space junk falling near inhabited areas.

“So this place has been purposely known for deorbiting craft in such a way that there’s almost an artificial reef — a graveyard full of old spacecraft bits that are lying there in the ocean,” Dr. Tucker said.

“This still isn’t the best solution, we don’t actually really like this solution. It’s the least bad option there is.

Associate Professor Alice Gorman is a space archaeologist at Flinders University and said many parts of spacecraft burn up as they make their way back down to earth.

But she said robust objects like fuel tanks can pose a problem, depending on whether they are intact, the level of fuel, and the type of fuel inside.

“There are a number of spacecraft fuels which end up decaying into fairly benign products, they don’t have any implications, but there are also some quite toxic spacecraft fuels. Hydrazine is one of these,” Professor Gorman said.

Dr. Tucker added Hydrazine was one of the most common fuels used in spacecraft by countries around the world.

“If a fuel tank splits open while it’s still in the re-entry process, those fuels will evaporate, but if it were to break up upon falling to the ocean floor and release some of those fuels that could have a not so great environmental impact,” Professor Gorman said.

She said predictive modeling will have been done to gauge how well components like fuel tanks will survive coming back through the atmosphere, the fuel load, and the dangers once it reaches the ocean floor.

“So there are some environmental questions to be answered,” Professor Gorman said.

In a statement, Greenpeace said it was clear “we need to stop treating the ocean like a dumping ground”.

“We need to protect the ocean to allow it to thrive into the future — that means not dumping our pollution into it.

“Our wellbeing is inherently linked to the health of the ocean, so it’s in all our best interests to look after it.”

NASA did not respond to the ABC’s request for comment in relation to the environmental concerns associated with the ISS’s landing at Point Nemo.

Professor Gorman said there wasn’t a safer option to bring back this kind of spacecraft.

“There will be some environmental impacts, although we may not know exactly what they are, it’s not like there is the choice,” she said.

“It’s not like you can say, ‘oh, the impacts are too great, we will leave it in orbit’ because that’s not possible.

“Eventually, if we left it there without fuel to continually help it maintain its position, it would drift back down, and we wouldn’t have any control of where it landed.”

This happened in Australia in 1979 when the first United States space station, Skylab, had an uncontrolled re-entry over Western Australia.

Media reports from the time said the space station disintegrated “in a blaze of fireworks” over the Indian Ocean before debris fell across the desert.

Fortunately, no one was injured.

She said space companies were working to improve their impact through initiatives like the Space Sustainability Rating, which is used to assess how green a company is.