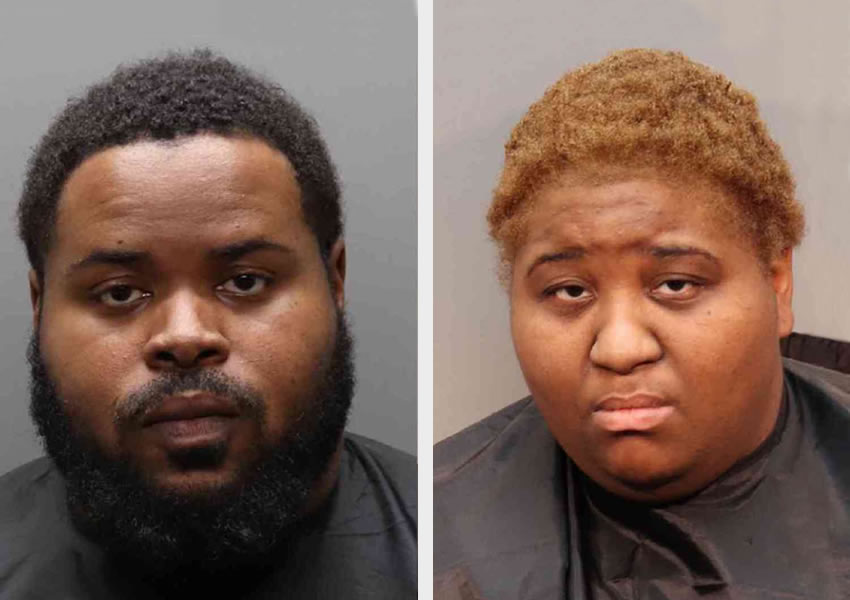 BLM Supporter Posted About Her Adopted Kids’ White Privilege Shortly Before She Was Arrested for Allegedly Beating One to Death.

A South Carolina woman and Black Lives Matter supporter accused of beating her 3-year-old adoptive daughter to death posted about her white children’s “privilege” less than two weeks before the alleged crime.

Ariel Robinson, 29, and husband Jerry Robinson, 34, of Simpsonville, South Carolina, were denied bond on Jan. 19 after being charged with homicide by child abuse.

Arrest warrants allege that the couple inflicted a “series of blunt force injuries” to the toddler, who was identified by the Greenville County Coroner’s office as Victoria Smith.

The little girl passed away at the hospital.

Local NBC affiliate WYFF-TV reported that Smith had spent most of her life in foster care before being adopted only recently by the Robinsons.

Smith was described as a “beautiful child, inside and out” by Tiffany Huggins, a former foster mother to the girl.

“She had the best personality and I’m not just saying that cause I was her momma, but she was just our light,” she said.

WYFF interviewed Ariel Robinson in August after she won season 20 of the Food Network reality show “Worst Cooks in America.” At the time, she discussed how she planned to use the $25,000 prize to help her growing family.

“I just know that the Lord had his hands on me and he had a purpose for me to go on there,” she told the outlet. “He knew we were going through this adoption, we really could use the money and he just let everything work out for our good.”

The case has captured particular attention because Ariel, who is also a comedian, had posted on social media about her adopted white sons’ “privilege” less than two weeks before she and her husband were arrested, using the hashtags “whiteprivilege” and “BlackLivesMatter.”

“I will never have to worry about my white sons and that makes me happy,” she continued in a thread.

“What makes me sad is that every worry I don’t have for them will be multiplied for my black sons. Until this is fixed, we are NOT the USA we can be. Justice, fairness, & equality for all!” she declared with the hashtag “BlackLivesMatter.”

The thread continued with her vow to use her voice to defend and stand up for her children.

“I’m a Mama Bear, & I’ll do anything to protect my children & make sure their futures are equally bright bc they have the same opportunities & are treated as equals the way God made them,” Robinson wrote.

“There should be no #whiteprivilege only American privilege,” she concluded.

As someone privileged enough to live in the United States, Ariel Robinson has the God-given right to a trial and the presumption of innocence.

This is true when it comes to both the ghastly death this child suffered and the suggestion that it had anything to do with “white privilege.”

On the latter point, there is no indication that the color of the girl’s skin was a factor in this crime. That connection appears to only have been made by netizens who have long been skeptical of the concept of “white privilege” (i.e. the notion that white people are endowed with certain privileges that are denied to people of color, to be perfectly clear).

The connection is being made, however, for a reason.

This poor child’s life is a tragic reminder that disadvantages are not lessened by the color of one’s skin, nor is a person any less vulnerable to victimization by means other than “systemic racism” — least of all a helpless little girl who knew nothing of this world beyond a few short years spent in desperate need of a stable home.

White children, like children of all backgrounds, are still abused, neglected, abandoned or killed. And in this case, if the Robinsons are guilty, white children can even be victimized by people who aren’t themselves white.

The Robinson’s black children may experience hardships in their lives that have to do with the color of their skin, but if their parents are indeed brutal child abusers, this is going to leave them at a significantly bigger disadvantage than their ethnic background alone ever would have.

Meanwhile, it is little Victoria who now has no future at all to experience either privilege or disadvantages, not because of anything systemic, but because of the unforgivable actions of a deeply evil person or people.

While racism does exist in this world, man’s inhumanity to man doesn’t discriminate along racial lines. The innocent destruction of life happens in all facets of society.

If we are to truly be judged by the content of our character rather than the color of our skin, we must be honest about the universally human tendency towards such grievous sin.